A restless and creative spirit, inspired by the values ​​of Hellenic culture, in the early 19th century directs literature and intellectual life into new paths. He impresses with his literary and poetic work, identifies with the Romantic Movement, is admired and worshipped internationally by a wide audience. Like Odysseus, he sometimes succumbs to his weaknesses and sometimes faces them down, all the while on the look-out for a noble goal that will redeem him. Finally he transforms himself into a political and military being and identifies with the cause of the Greek revolution. His death in Missolonghi in 1824 shocked international public opinion, gave an explosive dimension to the international philhellenic movement, and turned the cause of Greece’s independence into a just vindication for his loss.

123 personal objects, rare specimens of Byronic art, portraits of the main protagonists of a close circle of people, present alone or through 4 different stories, the emblematic Lord Byron, the admiration that he inspired internationally in his time, and his contribution to liberation of Greece.

At the same time, this project documents the institution of the International Prize Lord Byron, launched by the Society for Hellenism and Philhellenism.

The objects have been digitized with the generous sponsorship of the Attica Region. The images are available in high resolution to anyone interested (contact: info@eefshp.org).

The objects of the collection are exhibits of the Museum of Philhellenism (contact: info@phmus.org).

Link to: The romantic poet Link to: The celebrity 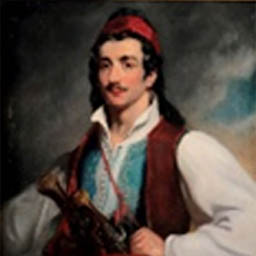 Link to: The Philhellene fighter 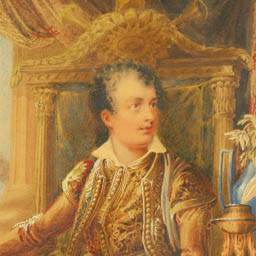