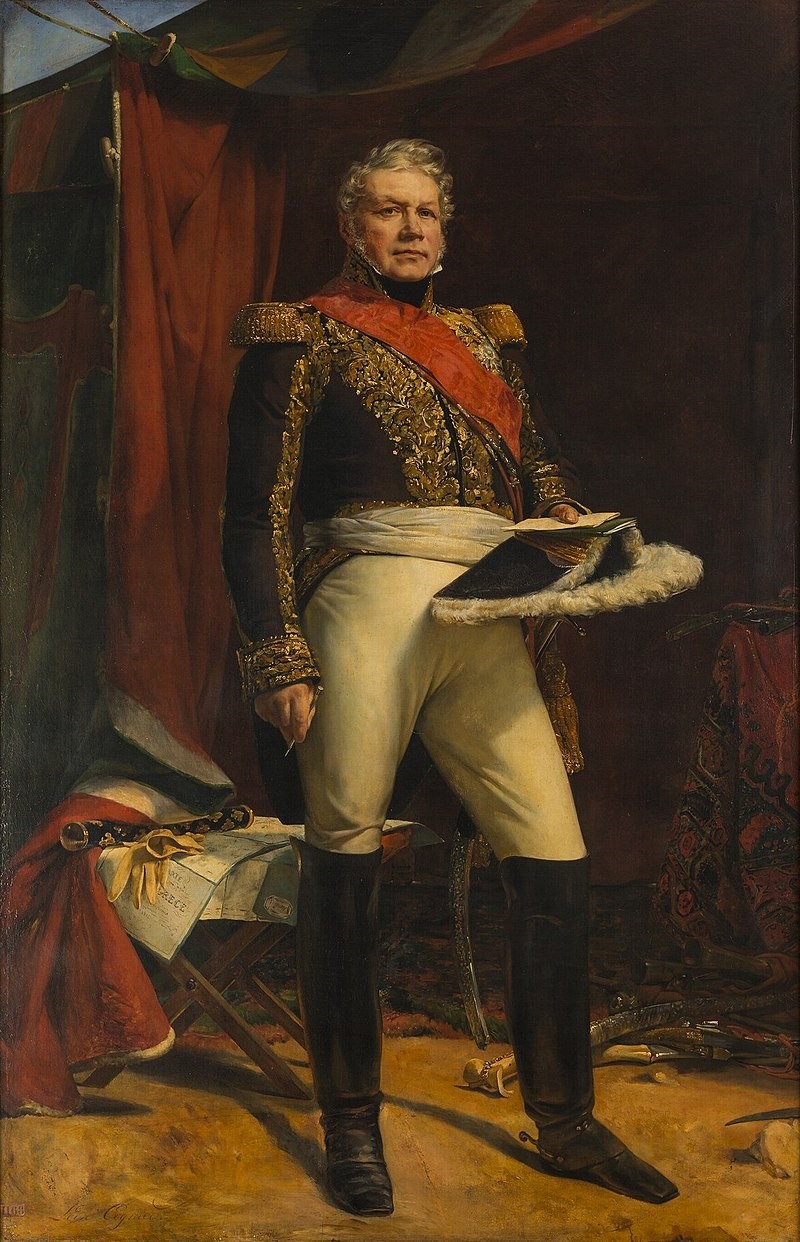 Nicolas-Joseph Maison was born in Epinay-Sur-Seine, France on December 19, 1771. He was Earl as of 1813 and Marquis as of 1818. His father was Joseph Maison and his mother Marie Genevieve Guiard. His wife was named Marie-Madeleine-Françoise Weigold.

He came from a very poor family and his father, who was a grocer, wanted him to become a merchant. However, at the age of 21, he enlisted as a volunteer in the French army on August 15, 1791, and took part in the war against Prussia. In 1792, he became a captain. He served with this rank until October 1795, according to his personal record, and took part in many campaigns and battles where he was wounded many times. He then served for a while in Italy, then in the Rhine Army, and afterwards in the Netherlands. Then in Hanover and Germany. He gained progressively and slowly his ranks, reaching in 1805 the rank of Brigadier General. With this rank he fought with the Great Army in Prussia, Spain and Germany, from 1809 to 1812, and took part in the great campaign against Russia. He was named Lieutenant General on the battlefield in 1812 by Napoleon and in 1813 he participated in the campaign in Saxony, where he was wounded in the battle of Leipzig. He was Governor of Paris during the years 1814, 1815 and 1816, and did everything he could to maintain order, while at the same time he adhered to constitutional ideals. 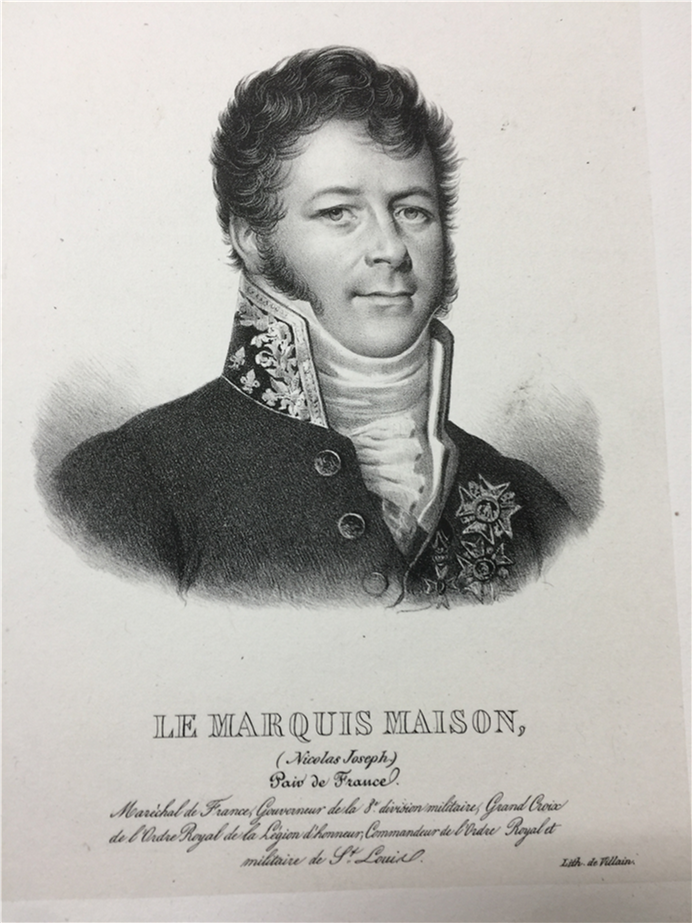 During the wars of Napoleonic France that followed, Maison defended successfully Belgium four times, which was considered his greatest military achievement.

During his lifetime he took part in a total of about 50 battles and was wounded more than 30 times. Maison’s bravery was also recognized by Napoleon Bonaparte, who by his own decision awarded him a sword, as can be seen from French records.

On August 28, 1828, he arrived in Methoni in charge of the French Expeditionary Force, following a joint decision of the three Great Powers and in execution of the London Protocol of July 19, 1828, which provided for the withdrawal of the Egyptian Army from the Peloponnese. The purpose of the Corps of Maison was to evacuate the Peloponnese from Ibrahim’s enemy troops. 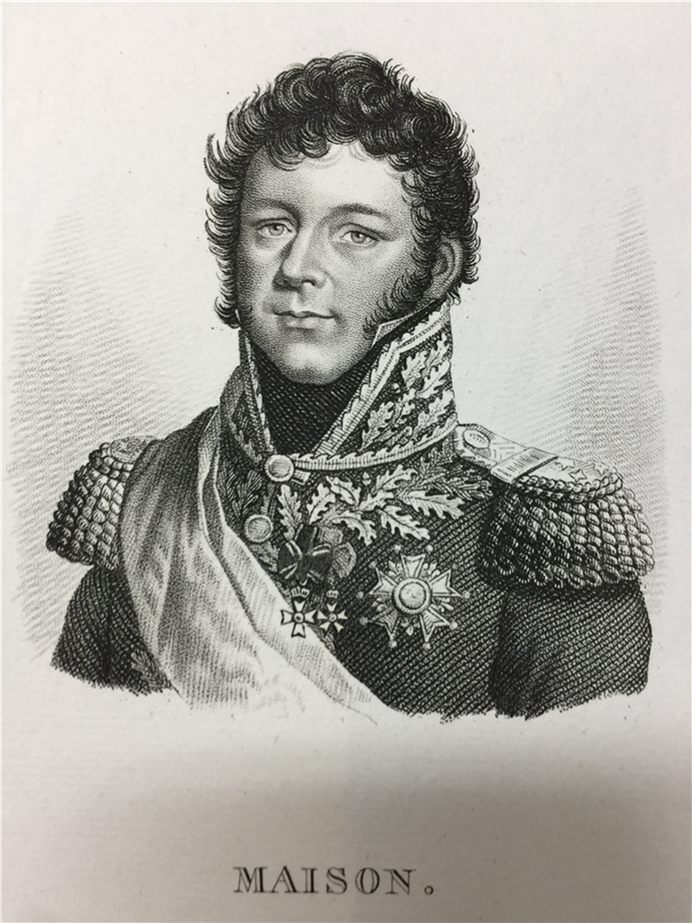 Indicative of the prevailing situation is a letter from the Governor of Greece, I. Kapodistrias. The document bears his signature (“Io. A. Kapodistrias”) and it is addressed to the “Panhellenic, to the Extraordinary Commissioners throughout the State and to the Leaders of the land and sea forces”, by which he announces France’s decision to organize a campaign under Lieutenant General Maison. The letter is sent from Aegina, on August 13, 1828.

The letter bears a printed headline (“HELLENIC STATE / THE GOVERNOR OF GREECE”), and it is endorsed by the Secretary of State, Sp. Trikoupis.

“… Because the position of the Courts of England and Russia did not allow them to grant their part of the campaign, the King of France accepted it on his own, and it is now up to the French forces to undertake the task of Peace, which was promised to Greece and Europe by the Treaty of London. Lieutenant General Marquis DeMaison, was placed at the head of this campaign, which is formed by warriors who will arrive in a few days to the place which was deserted without mercy, by the presence of Ibrahim Pasca. If they arrive, this place will get rid of this scourge, and its fertility will soon alleviate some of our miseries … ». 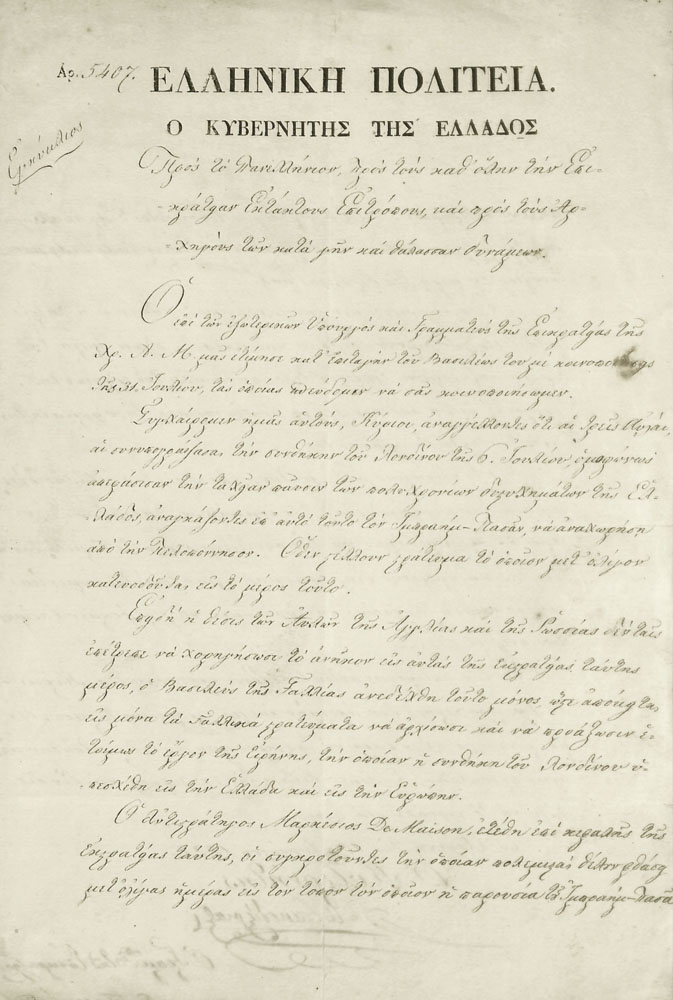 Letter from the Governor of Greece, I. Kapodistrias to the “Panhellenic” announcing the decision of France to organize a campaign under Lieutenant General Maison. Aegina, August 13, 1828. Printed headline (“GREEK STATE / THE GOVERNOR OF GREECE”), endorsed by the Secretary of State Sp. Trikoupis (SHP collection).

The army consisted of 15,000 men and distinguished officers. Apart from the military, the French mission included many important personalities of various scientific disciplines, to which Greece owes a large number of important studies, such as for example the first topographic maps of the new state, the first records of archaeological sites, and even reports of fauna and flora. 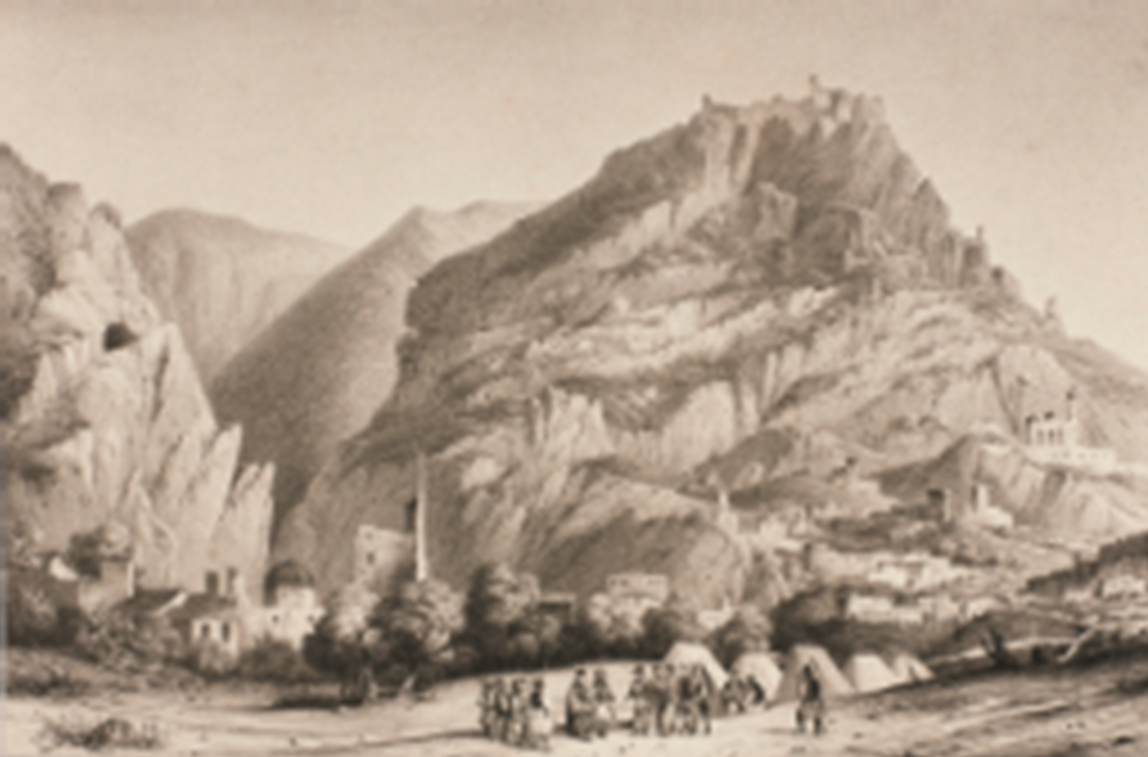 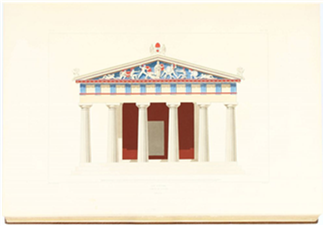 The jackal of the Morea (Canis aureus moreoticus) described for the first time by the Morea Expedition (Lithographs by Jean-Gabriel Prêtre, published by Bory de Saint-Vincent) (SHP collection). 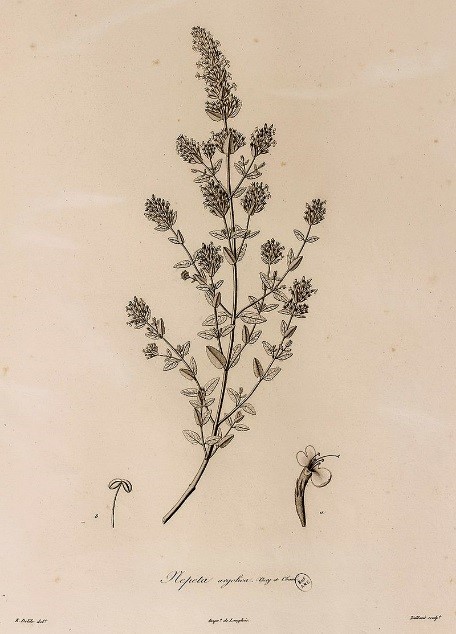 Konstantinos Schinas later took over the duties of judge, minister of justice, in Greece and he was the first rector of the University of Athens. 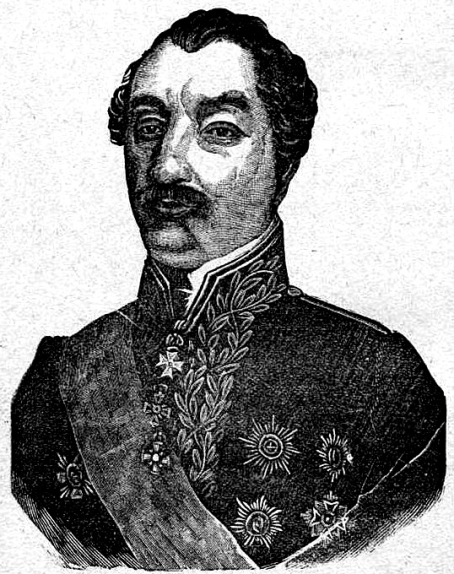 Another member of the same family, Michael Schinas, also took part in the Morea Campaign, and even participated in the scientific section (Department of Archaeology) of the French expeditionary corps. Michael Schinas lived in Paris until 1827, and had contributed to the delivery to Greece, of the sculpture “Ellinopoula”, the tomb statue erected in memory of Marcos Botsaris by the French sculptor Pierre-Jean David d’Angers. 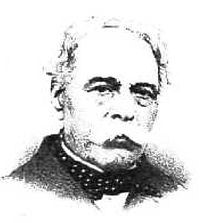 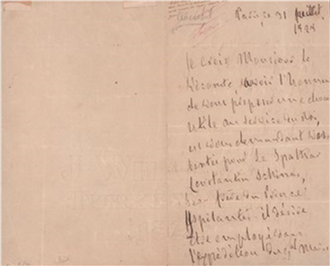 Letter of recommendation dated July 31, 1828, written by the author and diplomat CHATEAUBRIAND (François-René de), concerning the Greek official Konstantinos Schinas. The letter recommends him to participate in the French mission in Greece (SHP collection).

Although the evacuation of the Peloponnese was completed in October 1828, the French  Corps did not withdraw immediately. The aim of Governor I. Kapodistrias was the participation of General Maison’s army in the liberation of Western Greece and Evia, a goal that was in accordance with the instructions of the French Minister of War to Maison (August 27, 1828). 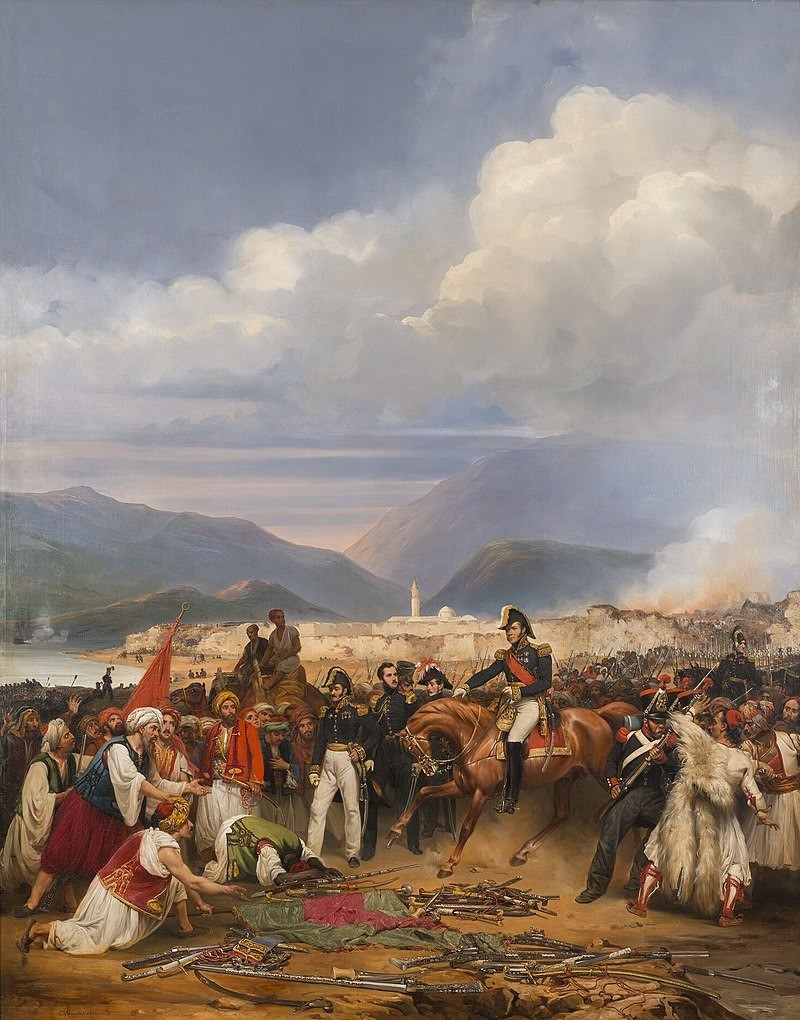 The handover of the castle of Morea in Patras, to General Nicolas Joseph Maison. Painting by the French painter Jean-Charles Langlois.

At the same time, the French Government made, through General Maison, a proposal to the Governor of Greece for the organization of a Regular Army by French officers. France would bear the costs of maintaining the Army by paying monthly grants, and an additional 100 or so French officers would be seconded to the Greek Army to train Greek officers. The commander would also be a person nominated by the Marshal. Indeed, Colonel Camille Alphonse Trézel, later Minister of War in France, was appointed General Director of the Regular Corps in July 1829. In addition, Maison determined that France would pay 100,000 French francs each month on the condition that the amount would be paid solely to the Greek army. The payment of these instalments, however, was abruptly stopped in July 1830, due to the change in the political situation in France. 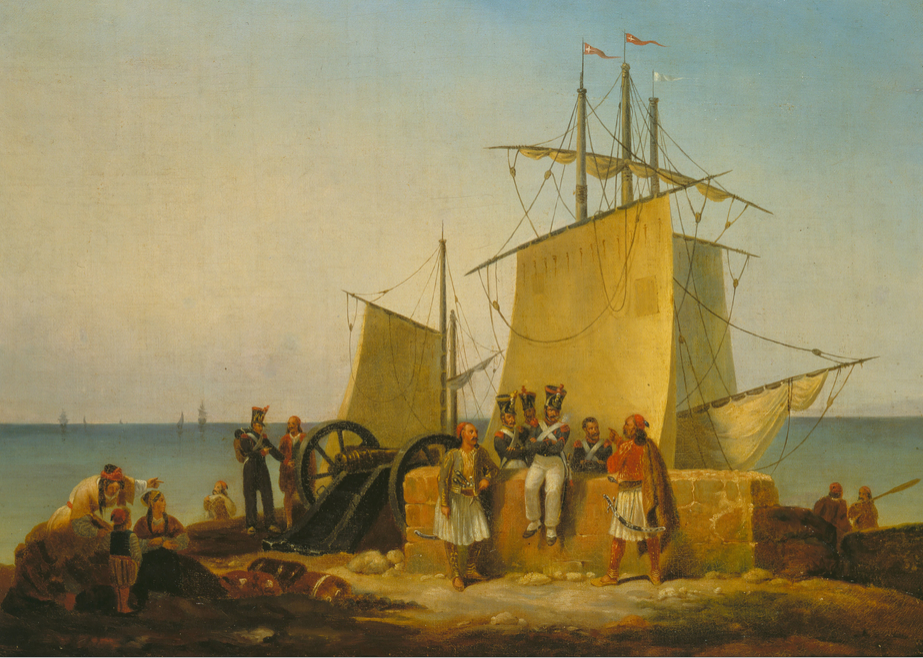 Nevertheless, in February 1829, the French Government obtained the consent of its allies to maintain in the Peloponnese, after the end of the military operations, part of the expeditionary corps, consisting of 5,000 men. The remaining French troops left four years later. Unfortunately, Kapodistrias’ attempt to use the French armed forces to liberate Attica, failed, as it faced resistance from other great powers, who did not want to further weaken the Ottoman Empire (which was facing a threat from Russia) and they insisted for the immediate departure of the French troops.

Thus, after completing his mission, General Maison left the Greek territory on May 22, 1829, receiving as a gift from Kapodistrias two swords, one belonging to Karaiskakis and a Byzantine one, for him and his lieutenant, Durriu, as witnessed by the General Gazette of Greece on the same day. Charles Fabvier also left Greece on the same ship.

The correspondence of the General with the Governor, after the departure of Maison, is enlightening for the appreciation that the General received from Kapodistrias, but also for Maison’s gratitude to the Governor and his devotion to the noble cause of the liberation of Greece.

General Maison’s campaign, in any case, facilitated the work of Kapodistrias and, above all, prepared the Greek territory for the forthcoming independence. According to the newspaper Aion, General Maison’s mission “set the last stone of Greek independence“, contributing together with the naval battle of Navarino to diplomatic decisions favourable to Greece on behalf of the Three Powers.

After the campaign in the Peloponnese, Maison retired and lived a private life in France. He took part in the opposition in the House of Peers. Liberal in his views, he supported the July Revolution in 1830. In the same year, he served as Foreign Minister of his country. He then served as ambassador to Vienna and St. Petersburg (1833). In addition, on April 30, 1835, according to his personal register, he was appointed Minister of War and served in that position until September 6, 1836.

He received the rank of Marshal under King Charles IX. The liberation of Greece, which was a demand of the public in France, contributed to the granting of this rank, on February 22, 1829. 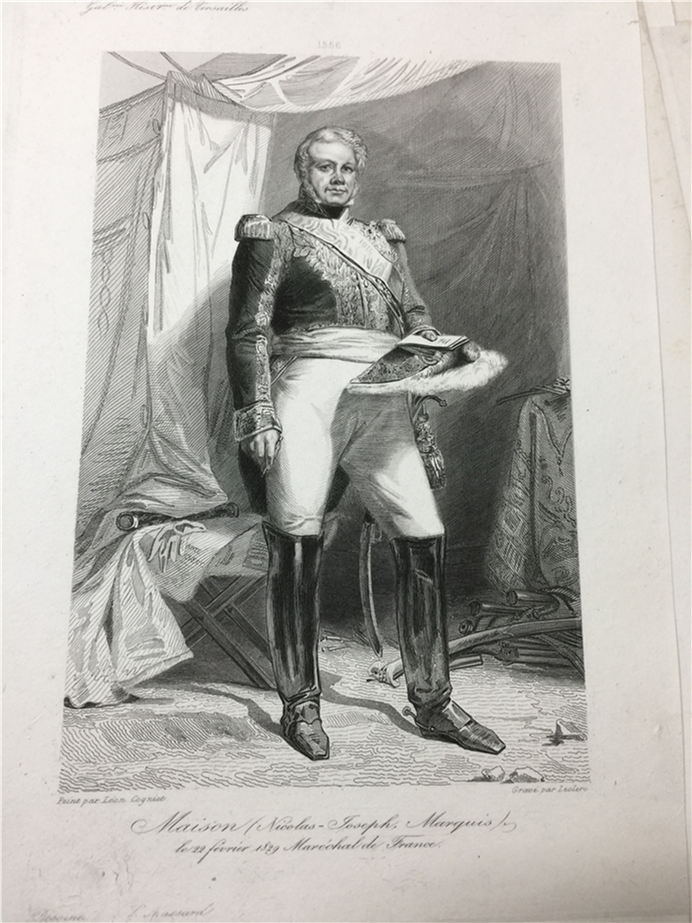 Nicolas-Joseph Maison died on February 13, 1840 in Paris, at the age of seventy-one, after a short and sudden illness. 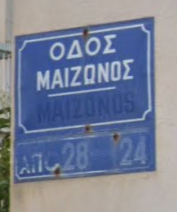 Maison street in the centre of Athens

The signature of Marshal Nicolas-Joseph Maison.

Commemorative medal of the presence of General Maison and the Expeditionary Corps in the Peloponnese (SHP collection).

Alexander Kolbe, German officer, one of the first Philhellenes of 1821
Scroll to top