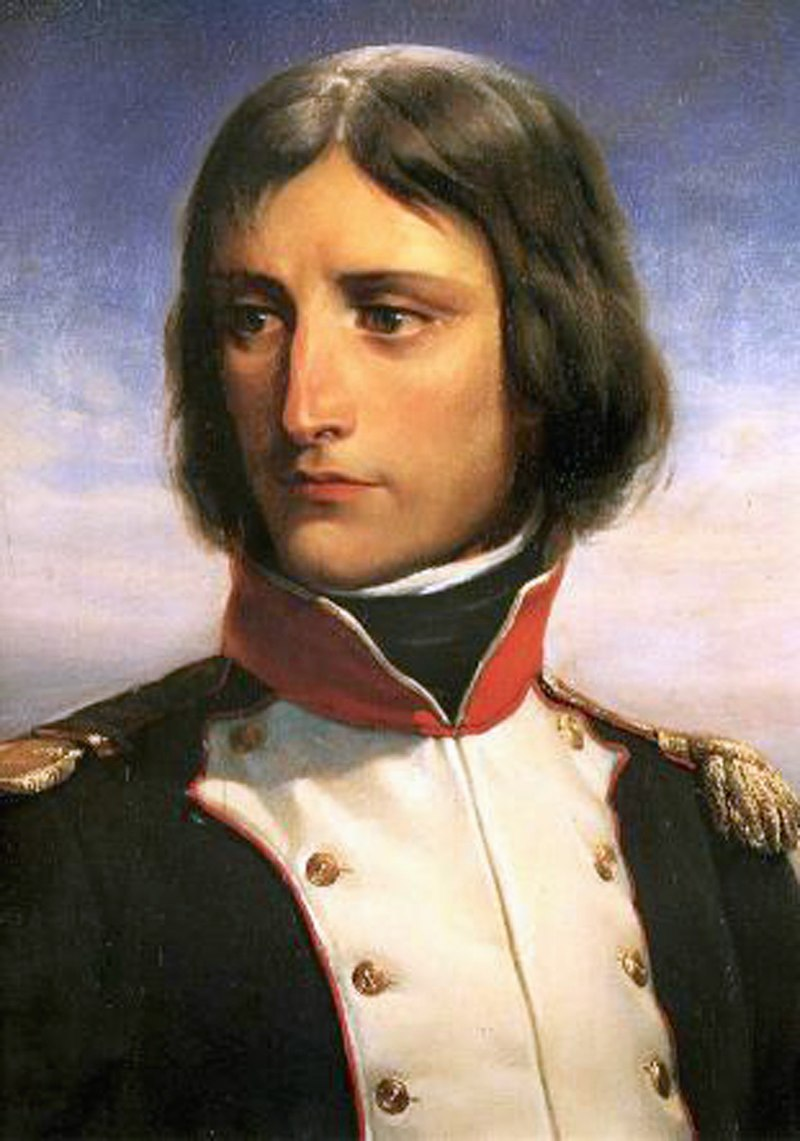 The painting depicts Napoleon the Great at a young age. His nephew Paul Marie Bonaparte’s is said to have looked very much like his uncle.

Paul Maria Bonaparte was born on 19 February 1809 in Canino, Italy and died on 7 September 1827 in Nafplio. He was a prince of the Bonaparte family, a nephew of Napoleon the Great. He was a Philhellene and took part in the war of Greek Independence. Paul Bonaparte was the third child of Napoleon’s older brother Lucien Bonaparte and his wife Alexandra de Blasab-Bonaparte. 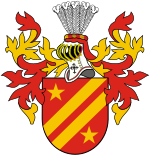 The emblem of the Bonaparte family

At the age of 18 he started studying at the University of Bologna (Bologna). But in March 1827, he left the city secretly from his parents, and went to Ancona, from where he traveled to Greece using a fake name to take part in the war of independence.

He arrived first in the Ionian Islands and then in Nafplio, on August 24 / September 5, 1827. There he was received by the English Admiral Cochrane, who had taken command of the Greek fleet. Paul Maria Bonaparte, who looked very much like his famous uncle, immediately joined the crew of the frigate “Hellas”, the flagship of the Greek fleet.

The frigate “Hellas”. The most modern warship in the Mediterranean at that time.

After a series of naval moves, Cochrane’s fleet anchored outside Spetses.

However, on August 25 / September 6, and while Paul Maria Bonaparte was cleaning his gun, he was seriously injured by a clumsy handling. Unfortunately, the next day, Paul passed away at the age of 19.

Rumors circulated in Nafplio that the young man’s death may not have been accidental, as he was serving on the ship of British Cochrane. The suspicions were based on the differences between the English and his father Lucian Bonaparte, whom they had arrested in 1809 when he tried to leave for the United States. Lucian was then arrested by the British at the request of his brother, Napoleon the Great. Coincidentally, Cochrane was then in charge of the English fleet. Lucian was led to the United Kingdom, where he remained until 1814. Lucian was a liberal and revolutionary, something which led to a conflict with Napoleon. He even took part in a coup against him. Later, when Lucian was elected senator of the First French Empire, he disagreed with his brother’s expansionist aspirations, but also with the marriage he was planning. As early as 1804 he self-exiled to Rome.

However, the great American Philhellene Samuel Howe, who was a military doctor-surgeon of the Greek fleet, was an eyewitness to the events. Howe assures in his work Sketches of the Greek Revolution and in his diary, that when Cochrane learned that Paul’s injure was fatal “he began to walk into his cabin crying like a child …”. 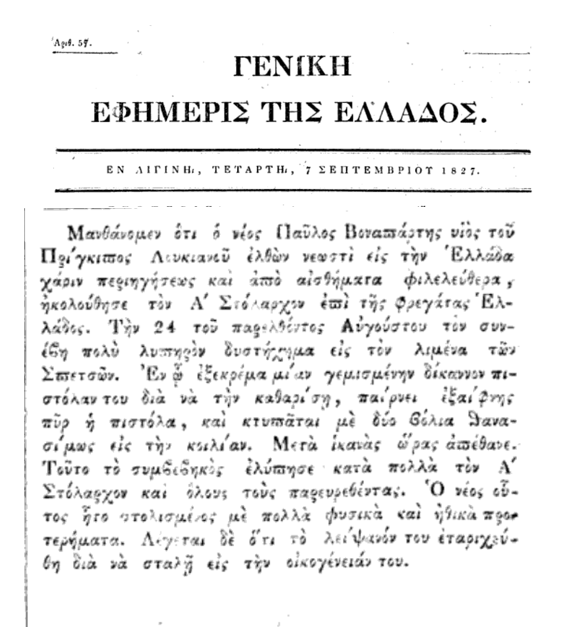 The body of the young Bonaparte was kept for five years in a barrel of rum at the Monastery of Agios Nikolaos in Spetses. The French Navy received it in 1832 and buried the embalmed body of Paul Maria Bonaparte in a mausoleum on the island of Sfaktiria, along with the French sailors who were killed in the Battle of Navarino. 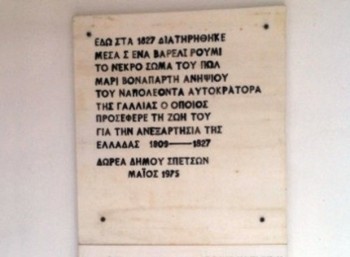 Wilhelm Müller: A great German poet, the soul of the Philhellenic movement...
Scroll to top