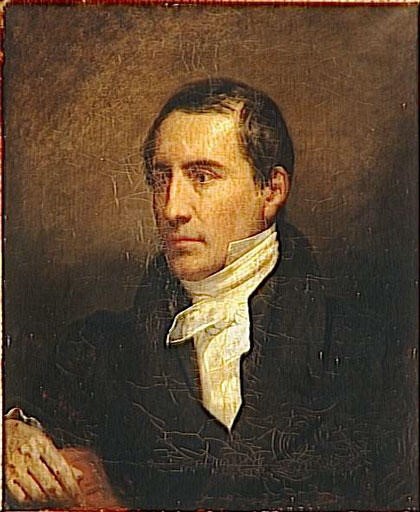 Pierre-Antoine Lebrun was born in Paris on November 29, 1785 and died on May 27, 1873. He was an important poet and writer of the 19th century of the Romantic school.

He studied at the Military College of Saint-Cyr. He began his career writing works that glorified the first empire. In fact, his first work, “Ode to the Great Army” (Ode à la grande armée – 1805), attracted the attention of Napoleon, who offered him a monthly remuneration from the state. He then wrote several works: Ulysses (1814), Marie Stuart (1820), Le Cid d’Andalousie (1825). In fact, the work of Marie Stuart (which was inspired by the charm and influence that Friedrich Schiller’s works exercised on him) was admitted to be one of the most important theatrical works of Romanticism. In 1822 he published a work on the death of Napoleon, which cost him his salary. He was a friend of many personalities from the world of intellectuals, such as Honore de Balzac, Victor Hugo, Sainte-Beuve, etc.

Lebrun traveled to Greece before the Greek Revolution in 1820 on the ship Themistocles. During his trip, he heard Rigas Feraios’s Thourios for the first time. Under the command of Tombazis, this ship proclaimed the Revolution in 1821 on most Greek islands. Many philhellenes, such as the American George Jarvis, also served on this ship during the Greek revolution.

During his stay In Greece, he recorded his impressions and experiences. With this material he prepared one of his most important works, which was published in 1828 in Paris. This is a great poem entitled Le voyage de Grèce (The Journey of Greece).

In the preface of his work he describes three categories of Greeks he met in pre-revolutionary Greece: the mountaineers who had maintained their independence to some extent, the seamen who were thinking of regaining it, and the inhabitants of the plains and cities that seemed to be unable to even dream of it, because they were fully acquainted with the idea of ​​slavery.

Lebrun presents in his preface, which he wrote towards the end of the Greek Revolution, what he experienced and saw, while referring in detail to the Battle of Navarino.

Throughout the Greek Revolution, Lebrun was a supporter of the cause of the Greeks. 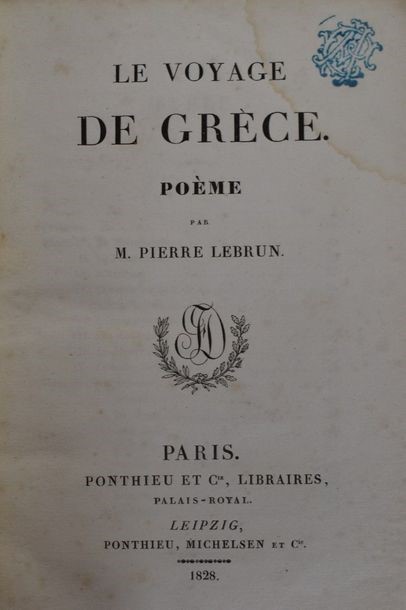 Thanks to his work Le Voyage de Grèce, Lebrun was elected member of the French Academy in 1828. In 1831 he was appointed director of the Imprimerie Royale in France, a position that he held until 1848. From 1839 to 1848 he was a member of the Council of State, and in 1853 he was elected senator. 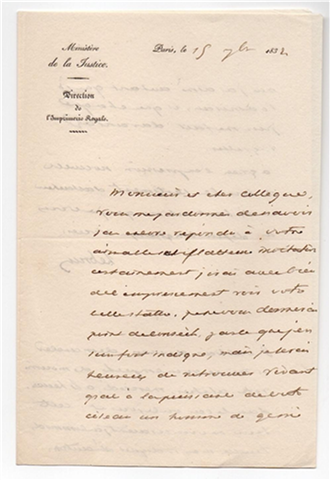 Lito Seizani translated some representative parts of Pierre-Antoine Lebrun’s work, “The Journey of Greece”, and refers to the full of emotion poet:

“With heroic Greece, with the Greece of Europe, I often mixed the one I could call my own, the one that consists of places I saw, of people I met, of joys I experienced.”

And Lito Seizani states: “As for the poem itself? All the heroes of the Greek Revolution, as numerous as the places of the battles, parade through his lyrics. Lebrun’s lyrics are very important, I repeat, as they were written at the time the great events were taking place, they are essentially a living imprint at the same time, in literary form.

Lebrun sees ecstatic Greece for the first time in front of him and cannot hide his enthusiasm:

“Sparta was there, hidden.
And I, high up on the mast
Towards her, towards her mountains, my eyes brought in haste
And stared focused, with tension and with thirst
I looked for her all over, her name I whispered
I laughed and I cried. Freedom, glory
Leonidas, Helena, legend and history
Greece with her arts, her wise men, her heroes
Was rising in front of me on the horizon of the waves
I was facing Greece and could not believe it!
The more I felt her approaching…
At a moment like this someone else would have lost his memory!
O my heart, how you beat with this remembrance alone!
As he’s about to set foot on the land, he’s thinking:
I’m Greek just like them
Yes, this is my country
And yes, like them, I’m returning to the beloved coast
I know all the streets, I’m familiar with all the names.”
(translated by Lito Seizani).

And as Lito Seizani points out (litoseizani.com) “Two hundred years later, his lyrics seem to have been written today. Such are the powers of true love, of the heart that beats in the sight of a man or a place. And such is the love that Greece can give birth to, to Greeks and to foreigners”.

“Here are the heroes
Here are the heroes, here are the worthy sons!
Botsari! The three hundred believed that they had found their leader again
Old Kolokotroni, handsome Mavromichali,
Odysseus with the eagle’s eye, flying just as fast
Tzavella, Nikita, Mitso, fearless race
You are coming that is why I see the Ottomans turn pale
In the Archipelago I saw a huge fleet fleeing
Is it, Canary, your fireships that advance?

Triumph! Hurry up heroic achievements
Hurry up happy times for my voice to praise you
Make the time shine when Greece is finally free
With her sun, happy, sharing the joy
In the shadow of the cross she will go to sit crowned.
…
People, save a people who does not deserve slavery
Whose courage puts up with terrible dangers.
Will you leave him alone against so many hangmen?
Without, unfortunately, solidarity, since he has no leader
He has no weapons, no treasures. Does it have an arsenal?
Does it have lead, iron, muskets, gunpowder?
Does it have bread? Their fight may be yours too.”

Pierre-Antoine Lebrun also wrote about an “anathema” while he was near Patras, a place with a pile of stones. He writes (free translation):

“Every Greek who passes there, out of weakness, outraged,
He throws one at a time, and promises to take revenge on a Turk
Every stone is a wish, every stone a curse
And it represents a sword, and it plans a death.
The curse grows, and the plain is filled. “

The birth and evolution of Philhellenism – A journey through the collection...
Scroll to top