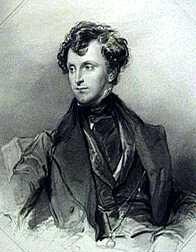 Sir James Emerson Tennent (Belfast 1804 – London 1869), was a British from Northern Ireland. He studied law at Belfast and Trinity College Dublin, where he received a doctorate in law. His second name, “Tennent”, was added to Emerson in 1832, after his marriage to Letitia Tennent.

From his student years, he expressed his love for classical education and Greece. When the Greek Revolution began, he enthusiastically sided with the Greeks and decided to support actively their struggle. He traveled to Greece, and when he arrived in Messolonghi, he joined the artillery corps formed by Lord Byron. He was a close friend of Lord Byron, and stayed with Gamba on the side of the great poet and philhellene until his death.

After the death of Lord Byron, Sir James Emerson Tennent returned to England. About a year later, in the beginning of 1825, he returned to Greece. He first went to the Ionian Islands and from there to the Peloponnese. The Greek administration recognized his experience on the side of Lord Byron at Messolonghi and appointed him captain of the Artillery. Some sources say that Sir James Emerson Tennant fought in the battle of the Acropolis in Athens. During his stay in Greece, he spent a lot of his time in Hydra and Spetses, aiming to record the organization and activities of the Greek Navy. This study is one of the most important historical sources for the actions of the Greek Navy and their operations against the Turkish fleet. In 1826 he published in London his first book entitled Picture of Greece, in which he recorded his experiences. This book contributed to the development of the philhellenic movement in Great Britain and influenced public opinion in favor of the Greeks. 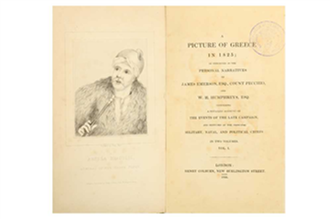 He then published two more books. Letters from the Aegean (1829) and History of Modern Greece (1830). 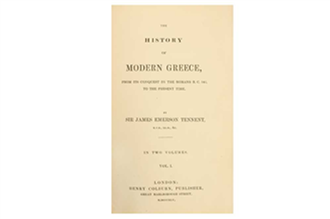 Through his work in 1826, Emerson appears particularly positive and optimistic about the prospect of the establishment of an independent Greek state. But he also records the weaknesses of the Greeks (already known to Lord Byron), as well as the difficulties on the way to building a modern European state.

Sir James Emerson Tennent was also publishing systematically unsigned articles in the British press, in which he was supporting the struggle of the Greeks and their efforts to establish a new Greek state. 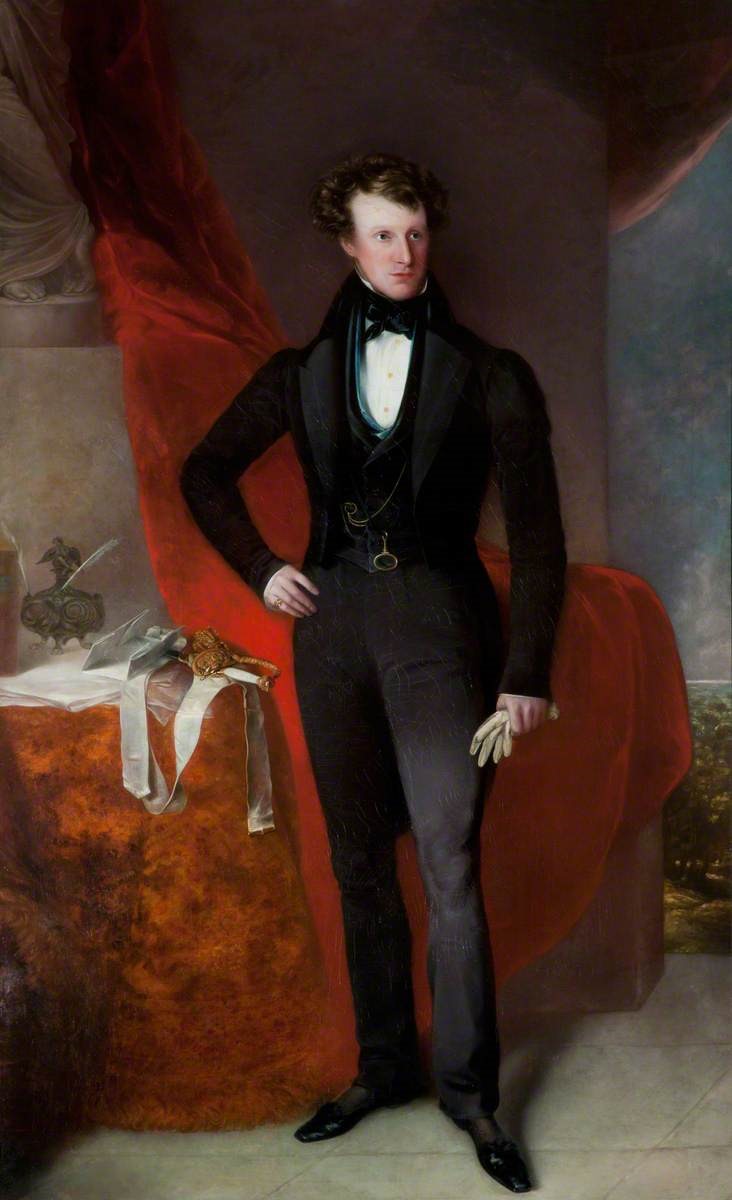 Sir James Emerson Tennent wrote other books on Ceylon and was a close friend of Charles Dickens.

The SHP has in its collection all the decoration medals received by Sir James Emerson Tennent from King Othon for his contribution to the Greek War of Independence. The set includes the Senior Commander of the Order of the Redeemer. The Cross is 8.5 cm high and the Star is 7 cm high.

It also includes a set of Grand Command insignia for the “Royal Order of the Supreme Commander”, consisting of a gold and enamel emblem in the form of a white cross inscribed on a circular green laurel and oak wreath while crowned from a golden crown. The front of the cross depicts the head, in profile, of King Othon and the Greek inscription “King of Greece”. In addition, it includes a silver and gold star with enamel decoration in blue, white, green and a Greek inscription on the back which is signed as “R & J Garrand & Co. Goldsmiths, to the Queen”. Finally, the set includes the highest level (silver) decoration medal of the fighters of the Greek War of Independence.

The whole set is in its original box.

In addition, the SHP has in its collection a gold enameled commemorative pin containing Lord Byron’s hair. This jewelry was given to Sir James Emerson Tennent by Count Gamba. The pin bears on one side an inscription “In memory” with golden Gothic characters. On the other side there is a dedication: “Byron by Count P. Gamba to James Emerson, Athens 1825”. Count Gamba was the brother of Lord Byron’s last companion, Teresa Guiccioli, and a close friend and comrade of Lord Byron during his stay in Messolonghi. 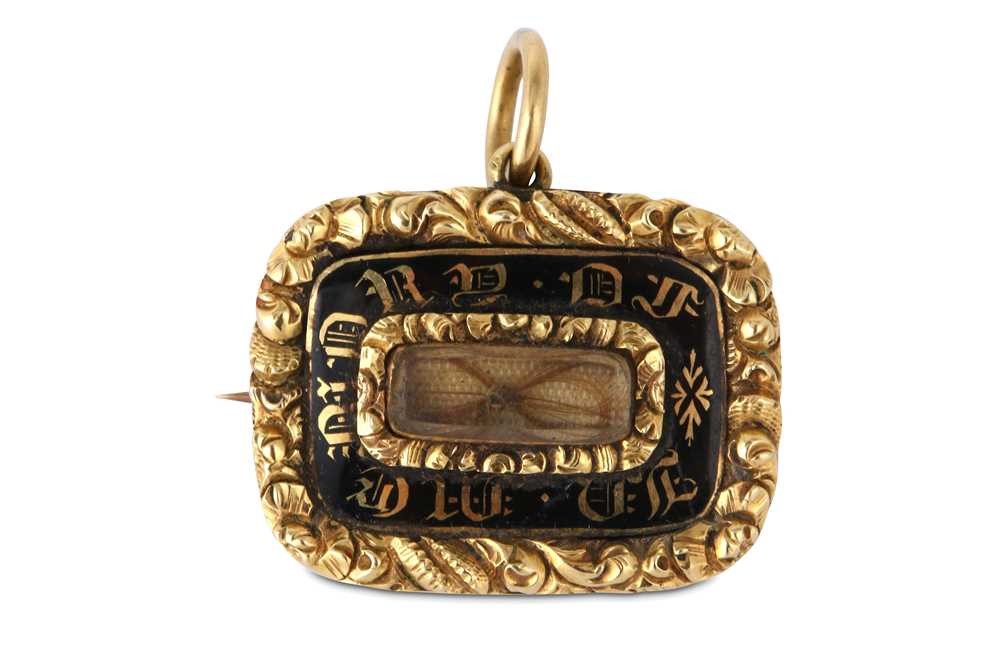 Sir James Emerson Tennent, was a great Philhellene who has greatly contributed to the liberation of Greece.

Instead of an epilogue, here is an excerpt from the Greek newspaper ALITHIA of 7 March 1869, announcing the death of Sir James Emerson Tennent:

“The patriarch of the Philhellenes in England, Sir James Emerson Tennent, who fought with Lord Byron for the freedom of Greece and published various writings on the Greeks, including the history of modern Greece, passed away recently in London, having exceeded the 70th year of his life. The memory of this respectable man, who was distinguished for his philhellenism, and published anonymously in periodical columns, important articles in favor of his beloved struggle, will remain permanently in the heart of the Greek nation, which honors those who benefit it”. 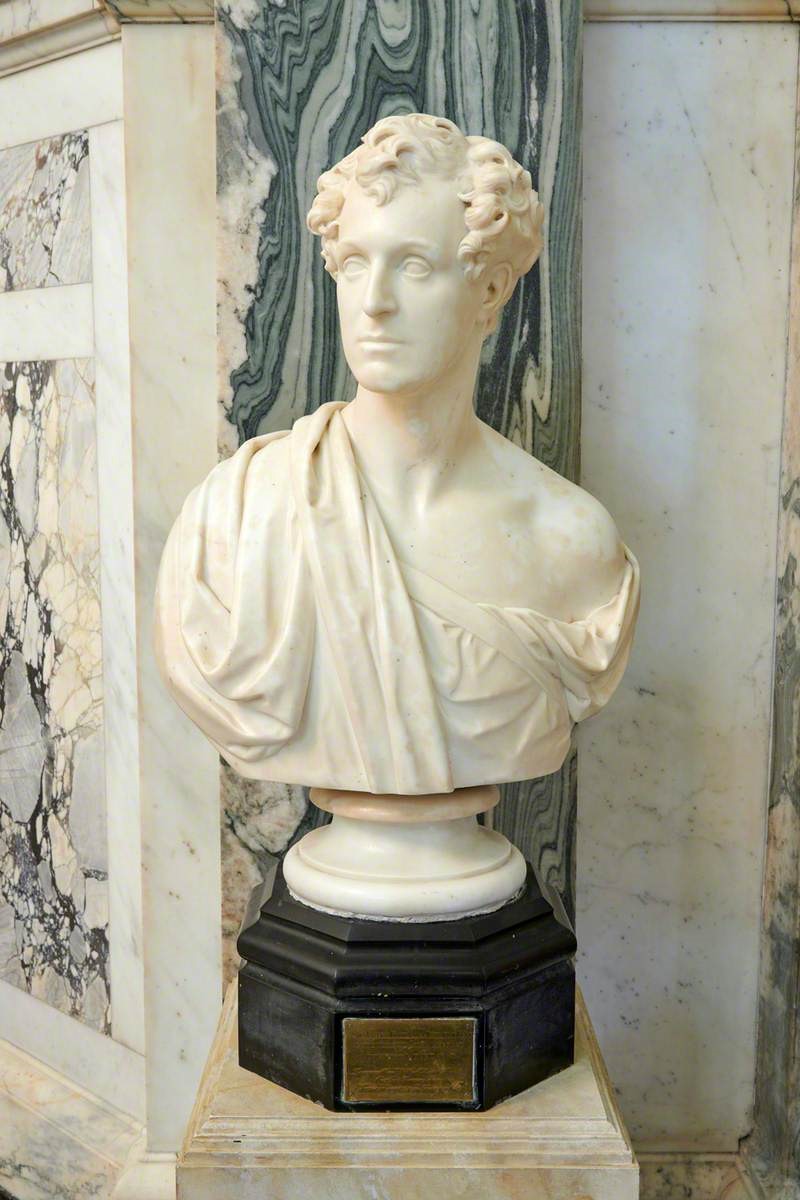 SHP organises in 2021, a series of philhellenic classic music concerts