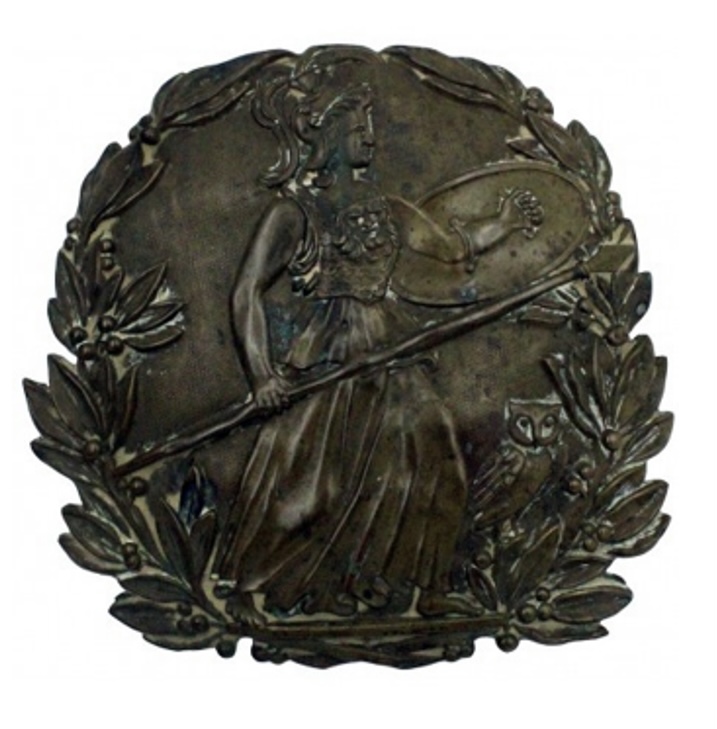 The coat of arms of the first Regular Army of Greece.

The Philhellenism Museum enriched its collections with a very rare object.

The coat of arms of the first Regular Army of Greece which participated in the Greek Revolution.

The Regular Army of Greece was founded in 1821 on the initiative of Dimitrios Ypsilantis, by the Philhellene French officer Joseph Baleste who undertook its training. Then, in 1822, German General Normann took command, leading the expedition to Epirus, Kompoti and Peta. Later, the Regular Army was taken over by Colonel Fabvier.

The coat of arms is made of bronze and has a diameter of 11.5 cm. The figure of goddess Athena dominates imposingly and confirms that Greece owes its freedom to the classical education of the western world.

Finnish Philhellenes in Greece in 1821 – On the occasion of the visit...

Belgian Philhellenes and fighters in the Greek Revolution – On the occasion...
Scroll to top