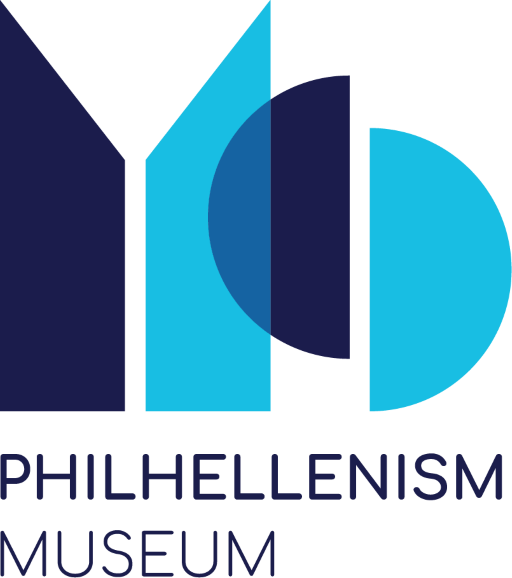 SHP presents the logo of the Philhellenism Museum.

The design is based on two elements. The first is the Greek letter Φ, which is composed by two semicircles which refer to amphitheaters, symbolizing the participation of men and women in the civilization and democracy represented by Hellenism and Philhellenism.

The second is the letter M, which is composed by the two parts of an open gate, which invites humanity to participate in the Greek culture and civilization.

The two elements together symbolize a modern Museum, open to the society, which honors and promotes Philhellenism.

The aim of SHP is to honor with the creation of the Philhellenism Museum, the Philhellenes who from the Renaissance until the 19th century contributed to the evolution of western civilization and to the liberation of Greece. At the same time, SHP will lay, through its work and series of actions, the foundations for the promotion of a continuous Philhellenism.

Our gratitude belongs to Mr. Giorgos Daoularis and Ms. Eleni Papadopoulou of impressmer.gr for the outstanding partnership we had during the branding/ logo design of our Museum.

The American Ambassador G. Pyatt at the Museum of Philhellenism