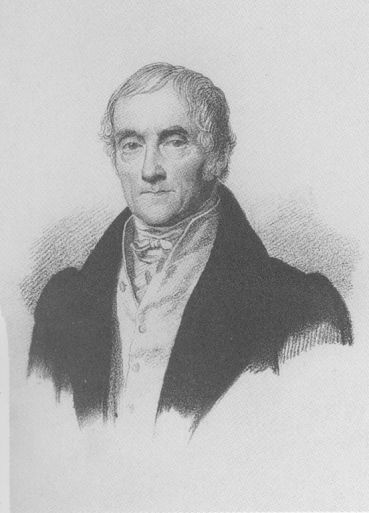 A special place in the history of the German Philhellenic movement that manifested itself at the beginning of the 19th century, is undoubtedly held by those brave scholars and academic people, who openly declared their support for the Greek Struggle from the very beginning. A very important advocate for the rights of the Greek revolutionaries was the German professor of philosophy at the Albertus-Universität of Königsberg, Wilhelm Traugott Krug (1770 – 1842). When the news of the outbreak of the Revolution in Moldavia under Ypsilantis spread in Germany in February 1821, the first public statement in favor of the Greeks was expressed by Krug.

Krug was born on June 22, 1770 in the Radis region of the German state of Sachsen – Anhalt. His parents did not trust the poor education offered by the village school, and decided to provide him private teaching at home. At the age of twelve he began attending the school of the monastery of Pforta, from which he graduated in 1788 as one of the top students. He then studied Philosophy and Theology in Wittenberg, Jena and Göttingen. From 1801 he worked as a professor of philosophy at the Brandenburgische Universität Frankfurt. From 1805 onwards, he succeeded the great German philosopher, Immanuel Kant (1724 – 1804), at the University of Königsberg (Albertus – Universität). Professor Krug was especially beloved because of his ability to focus on the practical side of the issues he was analyzing, using an understandable language, rather than just theorizing.

Liberal Krug had taken part in the last phase of the Napoleonic Wars (1813-1815), as the leader of a cavalry corps from Saxony. Until then, Saxony was considered a middle-size power, but after its defeat on the battlefields, it lost its prestige at the Congress of Vienna (1815). These developments would certainly had an impact on the patriot German professor. As early as 1808, Krug had envisioned and co-founded the Prussian secret society Tugendbund (“Association for the Practice of Virtue”, 1808), which aimed to stimulate German nationalism after the defeat of Napoleon.

Many Philhellenes, veterans of the Napoleonic Wars, saw in the Greek war for Independence, a continuation of their struggles on the battlefields. European citizens, inspired by a liberal political spirit, perceived in the Greek case the embodiment of the Struggle for Justice and Freedom. Along this line, Krug evolved into a fiery protagonist in favor of the Greek positions, a pioneer of German Philhellenism. Krug was neither politically radical nor a militant opponent of the Holy Alliance. His thoughts on the case of the Greeks were influenced by his romantic beliefs and his Christian faith. He understood that Greeks had to be given back their ancient homeland, where they would henceforth live as an enlightened, Christian people.

Krug’s brochure “The Rebirth of Greece” (Griechenlands Wiedergeburt) was published at Easter 1821 and then circulated across the German border. In it the professor appealed for support of the Greek struggle, emphasizing that “Turkish rule cannot be considered legal in any way, it is simply illegal … nothing can legally establish the dominance of one people over another”. Similar views were expressed by the professor of Classical Philology in Bavaria, Ireneos Thiersch (Friedrich Thiersch, 1784 – 1860), who argued in his brochure “The salvation of Greece, the case of the obligated Europe”, that Europe had a moral obligation towards Greece, to which it owed its origin and progress. 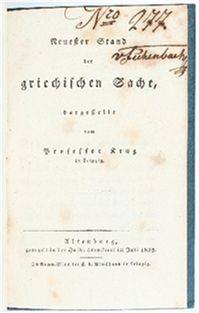 In August 1821, influenced by his Greek students in Leipzig, Krug publicly called for the creation of Philhellenic committees. The purpose of the Committees was to raise funds to finance Philhellenes volunteers who would go to Greece. These initiatives mobilized the reactionary reflexes of the suspicious Prussian government. In contrast to the cities in the south of Germany, where the Philhellenic committees spread (Stuttgart, Heidelberg, Tübingen, Darmstadt, Freiburg), their establishment in Prussia was not allowed until 1826. On the occasion of the celebration of St. Michael in September 1821, Krug addressed the German people again with “The Last Words on the Greek Question”, arguing in support of the Greek Revolution. He will do the same a year later with the issuance of another philhellenic brochure. Despite the fact that he faced censorship and reactions from the Prussian government, his ideas were widely publicized in Germany.

The writing activity of German academics in favor of Greece served as a catalyst for the evolution of the philhellenic movement. It is worth mentioning the close relationship that Krug developed with the publisher Friedrich Arnold Brockhaus (1772 – 1823), which influenced Brockhaus in the publication of works that highlighted the importance of classical antiquity.

From 1834 onwards, Krug retired to a quiet life, devoting himself to his philosophical, theological and publishing interests. The issue of the right of the people to self-determination seems to have worried him in the years after the new Greek state was founded. He even submitted a petition to the parliament of Saxony, on behalf of the Israeli Community of Dresden, which claimed the emancipation of the Jews in the kingdom of Saxony. As expected, opponents of the emancipation vehemently opposed his proposals. 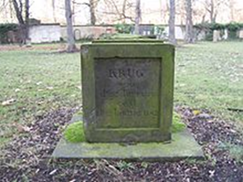 SHP honors the Philhellene Wilhelm Traugott Krug for his valuable contribution to the development of Philhellenism and the Greek Struggle for Independence.