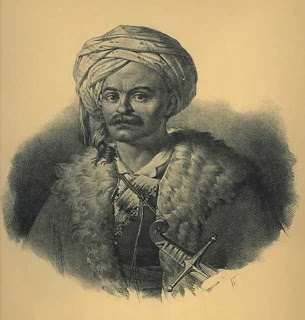 When Ibrahim had landed in the Peloponnese in 1825 and the revolution was in danger, the Greek government sought in the person of French Colonel Charles Favier an experienced officer who could organize a regular army worthy of the, under Ibrahim, Egyptian one. On July 30, 1825, Fabvier was appointed organizer and commander of the regular Greek army.

Fabvier was recognized as one of the most honest and selfless Philhellenes. He gave many examples of a sense of justice, military conscientiousness, generosity and selflessness.

On November 4, 1826, Fabvier wrote to the Swiss banker Jean-Gabriel Eynard as a guarantor of the young Vasilios Anagnostis Papamanolis from Hydra, asking the well-known Philhellene Eynard, to help the young man in his studies in Europe, while referring in parallel with warm words on the patriotism of Hydriotes.

The letter was sent from Hydra to Geneva on November 4, 1826 and has been disinfected (stamp… SANITA), most likely in Semlin. 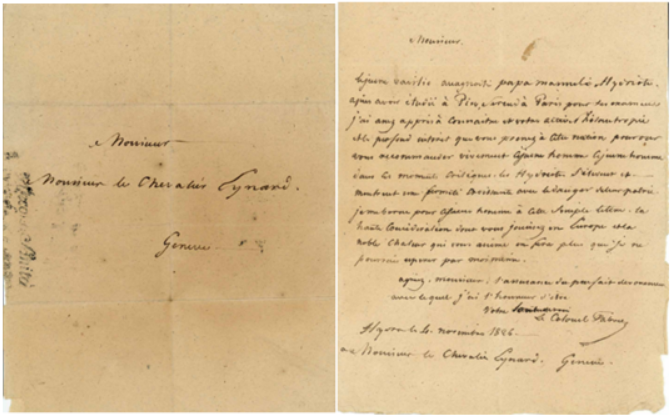 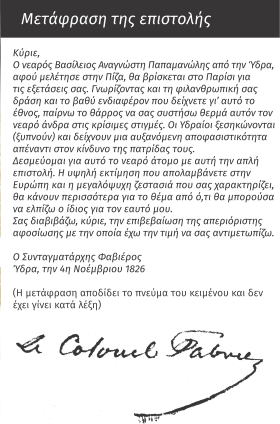 Charles Nicolas Fabvier (1783-1855) was a French Philhellene general and commander of the Greek regular army during the Greek Revolution. He is considered the most capable and beloved among all the Philhellene officers who fought on the side of the Greek revolutionaries from 1823 to 1828. He wore a fustanela and a sariki on his head, similar to those worn by Generals Nikitaras and Makrygiannis. He had adapted so much to the life of the fighters that no one could realize that he was not Greek.

John-Gabriel Eynard (1775-1863) was a Swiss banker, Philhellene, honored with the title of Benefactor of the Greek Nation. On November 30, 1826, Fabvier, with 530 men broke the siege of the Acropolis carrying ammunition and remained besieged there until May 24, 1827, when he capitulated. On the 100th anniversary of this battle and the occupation of the Acropolis of Athens by the Greek army, the Hellenic Republic honored General Fabvier by issuing a series of three stamps engraved with the words: “TO FAVIERO”. 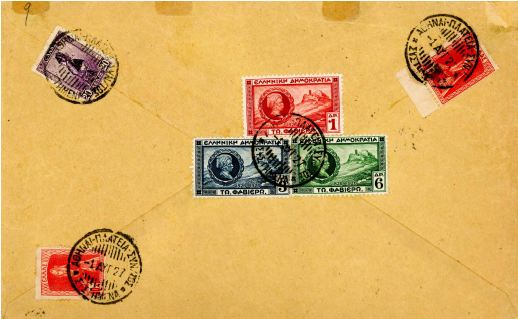 Rare envelope of the 1st day of circulation (1 Aug. 1927) of the Fabvier series 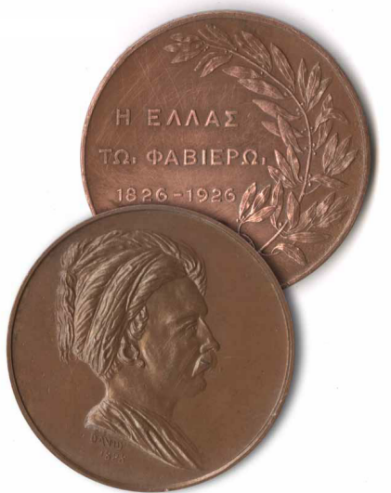