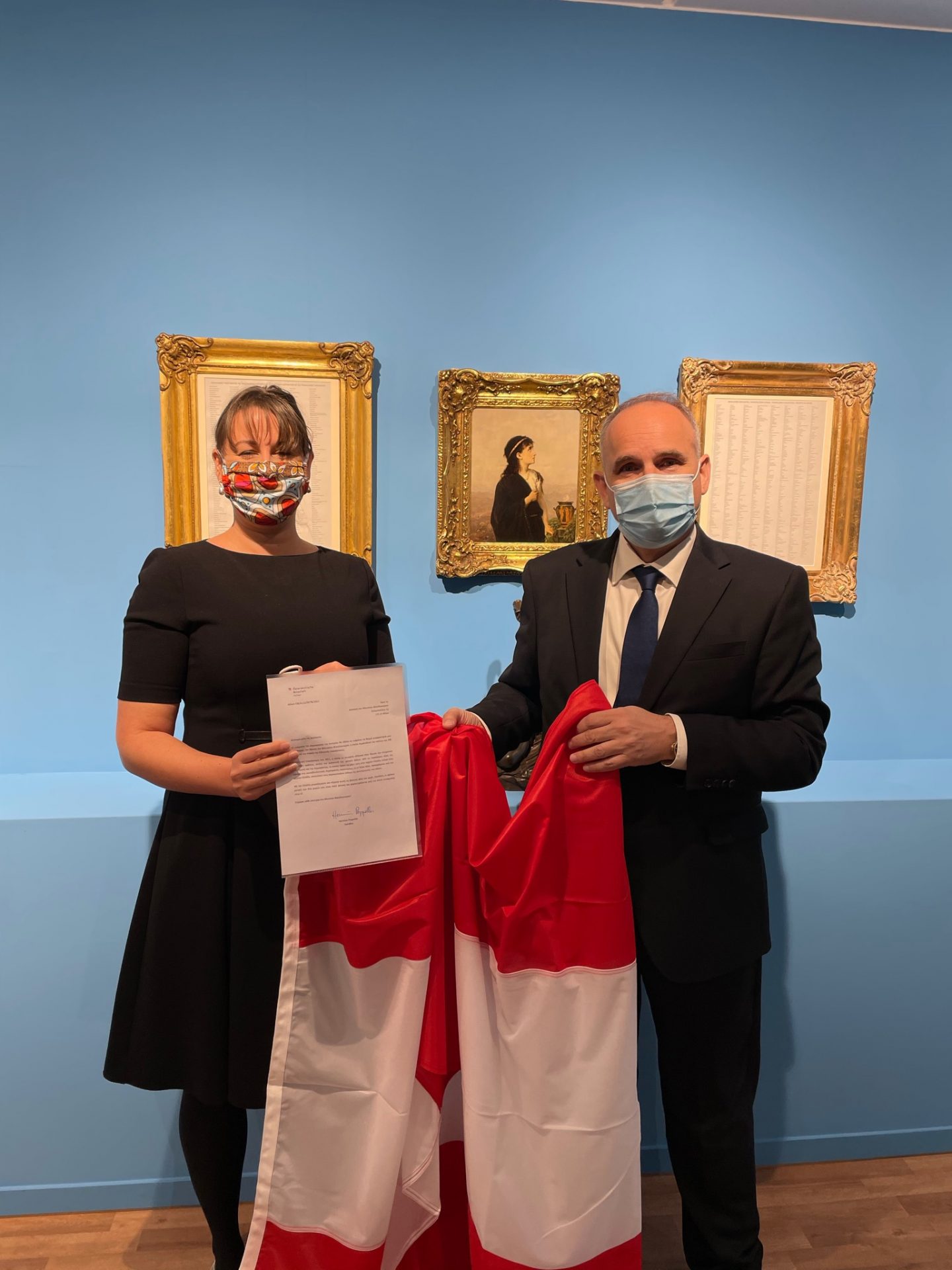 Mrs. Martina Hermann, visited the Philhellenism Museum, she was guided in the Museum and experienced through its collections, the birth and evolution of the philhellenic movement from the Renaissance until today.

Mrs. Martina Hermann delivered to the Museum, on behalf of the Government of Austria, a flag as a symbol of friendship between the Austrian and Greek peoples, and stated the following:

“The Greek Revolution of 1821, which later led to the founding of the modern Greek state, draws its inspiration, among other things, from the universal values of Freedom and Democracy, which have their roots in ancient Greece. Especially with regard to parliamentary democracies worldwide, these values, originating from ancient Greece, are the cornerstones of nations’ self-awareness.

We still share these basic values and principles with Greece. In addition, the relations between our two countries are very friendly and are characterized by close cooperation in the EU.

I wish every success to the Museum of Philhellenism “.

Colonel Fabvier’s letter to Eynard – From Hydra to Geneva in 18...

An early sketch of the flag of the Greek Revolution by an American Philhell...
Scroll to top