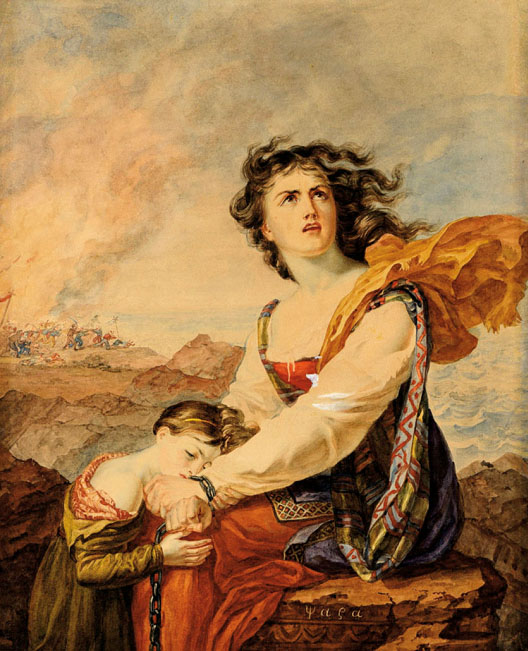 The destruction of Psara

Philhellenic scene inspired from the destruction of Psara by the Turks. Painting of the early 19th century, by Suzanne Elisabeth Eynard (1775-1844). The island of Psara resorts to the embrace of mother Greece, which begs towards the sky. The background, presents a scene from the catastrophe. Europe discovered after the catastrophes of Chios and Psara the lyrical Greece. Later in Messolonghi, it also met the epic Greece, which triggered the second philhellenic movement. Eynard was the bride of the great Swiss Philhellene Jean Gabriel Eynard (wife of his brother Jacques).

Painting with a philhellenic subject
Scroll to top