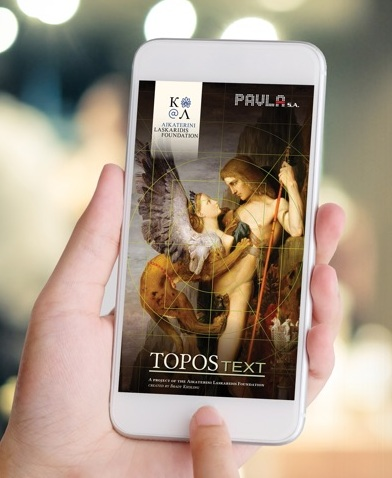 From the end of the 18th century, the Greek struggle for statehood found allies in a classically educated liberal elite in Europe and the United States. When Europeans visited Greece on the grand tour, they brought Homer or Herodotus or Pausanias with them. The Greek landscape, seductive always, was irresistible when connected with so rich a history and mythology. And crucially, back home in Europe, Periclean Athens was a powerful argument in their domestic political struggle against autocratic regimes.

Philhellenism proved a precious resource. The military impact of the philhellenes in the Greek War of Independence was small, but the debt modern Europe felt to Thucydides, Euripides, Plato, and Demosthenes was crucial in the gradual shift of the Great Powers away from anti-revolutionary hostility and toward active financial and ultimately military support for a reborn Greece. Even in the 21st century, Greece still derives enormous diplomatic and economic benefit from the philhellenism any broad liberal education encourages.

ToposText is a tool for keeping that tradition alive. It is a free mobile application (iPhone and Android) and website whose purpose is to allow any user to find the connections between the Greek landscape and the ancient authors that give that landscape its special magic.

ToposText is first and foremost a library of ancient literature in English translation, 750 works, about 20 million words, including all the important works that survive of Greek and Roman historians, geographers, mythographers, poets, and naturalists, but including many minor texts, even inscriptions, when they illuminate some place or idea. Some works are translated into English for the first time. In its size and scope, the ToposText library is unique. Almost every paragraph has a link to the ancient Greek or Latin original, and an accurate or approximate date for the events described.

Second, ToposText is a digital map, highly detailed and accurate for Greece, reasonably complete for Sicily, Cyprus, and the west coast of Turkey, sketchier for the rest of the ancient world, showing ancient cities, sanctuaries, mountains, rivers, fortresses, and other sites that left a trace in ancient literature. A tap on the map will zoom in to show the ancient places nearby. Tapping on the icon will summon up a list of every literary mention of a given place. Tapping on the extract will bring up the full text.

ToposText is also an index of more than 10000 proper names, a way to find every literary mention of a given historical or mythological figure. The search lists, of places, people, and texts, can be filtered or sorted by author, genre, language, or date, to focus on whatever is of particular interest.

Underlying ToposText is the belief that primary sources, the actual words of ancient authors, offer insights that guidebooks and Wikipedia do not. A unique feature of the website, designed for students and scholars, is a search tool that looks for any two words or phrases near each other in the ToposText library. Look for “Pericles” and “Aspasia” and discover what the ancient sources tell us about their relationship. https://topostext.org/search-tool

In creating ToposText as a free, weightless accessory, John Brady Kiesling was asserting his faith that an ancient tradition of curious travelers is still alive. People with the right tools in their pocket can become resourceful philhellenic adventurers, embracing the ancient Greek landscape along with its modern overlays. Such travelers become and remain the truest friends of Greece.

ToposText: Tools for a Restless Traveler
Scroll to top