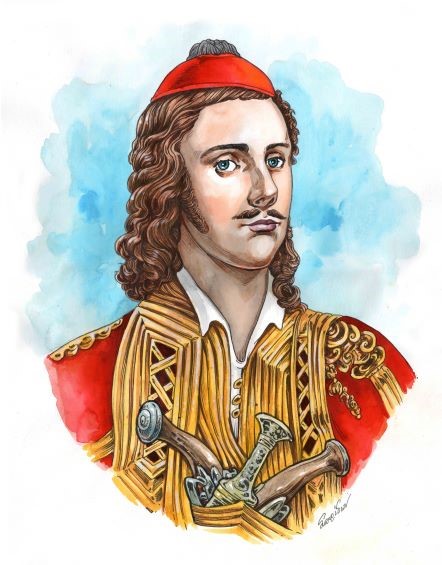 De Lannoy, (Guillaume) Augustin (also written as Delannoy, Delannoi, Delanoi) was a volunteer from Brussels, Belgium. According to some sources (i.e. Fornezy) a certain “Delannoi” was reported to be part of the Battalion of the Philhellenes commanded by General Norman. Same sources argue that he fought in Peta in July 1822.

De Lannoy participated in many fundraising concerts and commemoration services, to support the Greek cause, and his name appeared often in the European press. 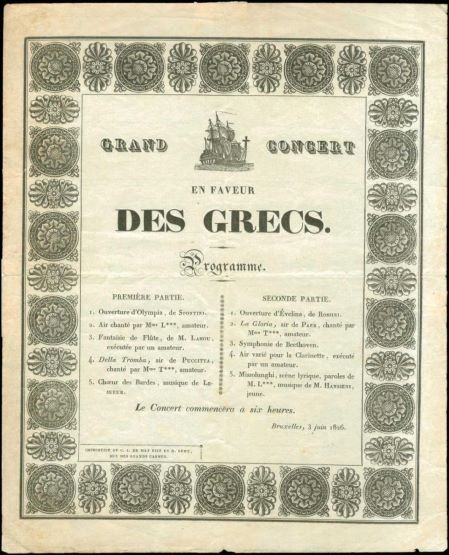 Τhe program of June 3, 1826, of one of the many concerts that took place in favor of the Greeks in Europe. The aim of these events was to raise money for the financial support of the Greeks, and to promote the rights of Greece (SHP collection).

As of his arrival in Greece in 1824, he joined the Regular Army under General Fabvier and he was appointed Captain of the Light Infantry of the Third Greek battalion. In 1826 he moved with the army units which stationed in Troizina, with a mission to stop the forces of “Ibrahim-Pacha”. In this context, he participated in many operations until June 1826 and very likely also in the battle of Myloi, where 500 Greek fighters and Philhellenes defeated an army of 6600 Ottomans led by Ibrahim-Pascha himself.

His contribution was recognized and his name figures on the monument of Toure in the church of The Transfiguration of the Saviour in Nafplio.

The Catholic Church of Metamorphosis tou Sotiros (The Transfiguration of the Saviour) in Nafplion and the Touret Arch memorial of Philhellenes at its entrance.

SHP and the people of Greece pay tribute to this great Belgian Philhellene, and honor his memory, together with the one of all his Belgian comrades who offered their services, and even their lives, to the Greek war of independence, as volunteers in Greece or through their participation in the philhellenic movement in Belgium.

Philhellenism, past and present
Scroll to top