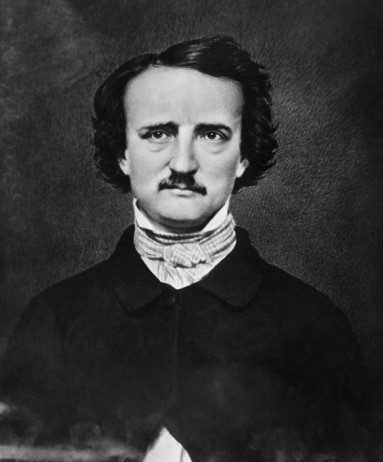 Edgar Allan Poe (1809–1849) is considered a central figure of the Romantic period in the United States and of American literature in general. Even people who never consciously choose to read literature have heard his name, and many remember him instantly the moment they see a raven.

For most, Poe is the founder of detective fiction and his work has left its mark in history. Within his tales, one can establish his inclination to create stories that portray the death of a beautiful woman and his desire to explore the metaphysical world. His stories also delve into the relationship between love and hate, the communication between the inner self and the alter ego, and the power of death upon the world of the living.

While reading Poe’s narratives, one frequently comes upon references that allude to Classical literature, either Latin or Greek. In fact, there are various cases of the author’s plain use of Hellenic or epigraphs in his storytelling. For instance, readers encounter an epigraph written entirely in Greek in “The Conversation of Eiros and Charmion”—“Πνρ σ οι προσοις ω” [sic]—; hence, the impression that Poe was influenced by Classical texts while composing his tales emerges. Poe’s obsession with the Helen of Troy has also been noted by major scholars such as Kenneth Silverman, Thomas Ollive Mabbot and Burton R. Pollin. In his famed poem “To Helen”, Poe specifically urges us to remember “the glory that was Greece”, and that particular line has indeed made many believe that he was a philhellene.

Upon examining Poe’s interest in Greece, one should first and foremost keep in mind that he lived most of his life in cities that were shining examples of the Greek Revival architecture. The Bostonian author spent a great part of his life in Philadelphia. More specifically, he spent almost six years (1838-1844) in Pennsylvania’s largest city along with his young bride Virginia Clemm and his beloved aunt Maria Clemm. It goes beyond doubt that Poe was exposed to Greek Revival architecture as he most certainly walked through Avenue of the Arts, the most central location of the city whose Hellenic character is evident even today, as anyone will be able to verify by simply walking across it.

Avenue of the Arts, Philadelphia, USA

Poe’s infatuation with Hellenic texts, notions and paradigms is rather evident in several of his works. But where did this love for Greece originate from? In a way, Lord Byron may be the real reason behind all this. Kenneth Silverman wrote the following in his famed biography of Poe:

“How deeply the Byron image impressed Edgar is apparent in his six-mile swim on the James River, emulating Byron’s celebrated swim of the Hellespont, and the stories in Richmond that he had joined the Greeks, as Byron had, in their quest for independence” (1992: 41). In this regard, the most prolific editor of Poe’s works, Thomas Ollive Mabbott, also assesses that “Poe as a very young man was an imitator of Byron” (1969: xxvi).

Poe admired Byron for his bravery and his active role in the Greek Revolution against the Turks, and in fact wanted to imitate such actions. He was a supporter of the Greek cause, and his intense desire for a Philhellenic adventure, led him to claim that he left “without a dollar on a quixotic expedition to join the Greeks then struggling for liberty”. Apparently, his travel to the land of the Hellenes was imaginary and he only made it as close as England when he was much younger. Not having the means to achieve his goal, he certainly tried hard to learn Greek (even though he mostly failed to be proficient in it) and he demonstrates that through the abundance of Hellenic references in his works.

After all, as Poe himself wrote in one of his works, “nothing makes so fine a show as your Greek”.