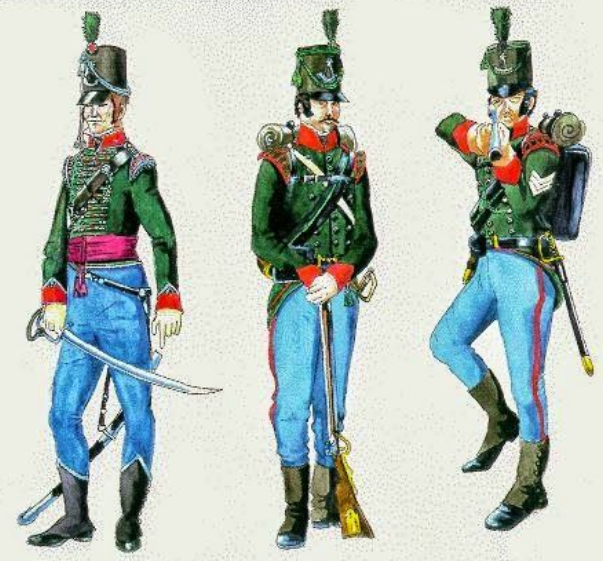 Gambini Pasquale was a brave Philhellene who died heroically during a battle in the area of ​​Athens. He originated from the city of Corte in Corsica, from a large family of distinguished soldiers.

The Greek bibliography refers often to him as “Gampini Paskouale” in Greek letters. The “Great Greek Encyclopedia” states that he arrived in Greece with the Italian Philhellene Joseph Abbati and other compatriots at the beginning of the war of independence. However, this view does not seem to be correct, as his presence is mentioned in the sources much later.

Initially, William St Clair in his work “That Greece might still be free”, ranks Gambini among about a dozen Italian revolutionaries who were sentenced to death in their homeland, in absentia, for their participation in the revolutionary movements of 1821 and for their political beliefs. This list comprised Collegno, Rosarol, Santa Rosa, Palma, Romei, Barandier, and others.

In addition, sketching Gambini’s life before he appeared in Greece, Vergé – Franceschi Michel, calls Gambini “the Red”. That is, the revolutionary. The author mentions that Gambini was associated to the Corsican revolutionary-thief, Gallocchio, and that he then fled to Greece where he took part in the liberation struggle of the Greeks, fighting against the Turks.

More information about Gambini and Gallocchio is provided by Silvani Paul. According to the international bibliography, but mainly the “History of the island of Corsica”, it appears that “Pascal Gambini” (as mentioned), came to Greece with another of his compatriots and Philhellene, Gallocchio. It seems that the latter served as “captain in Morea”. It is reported that at some point he returned for personal and family reasons in Corsica, where he was murdered. 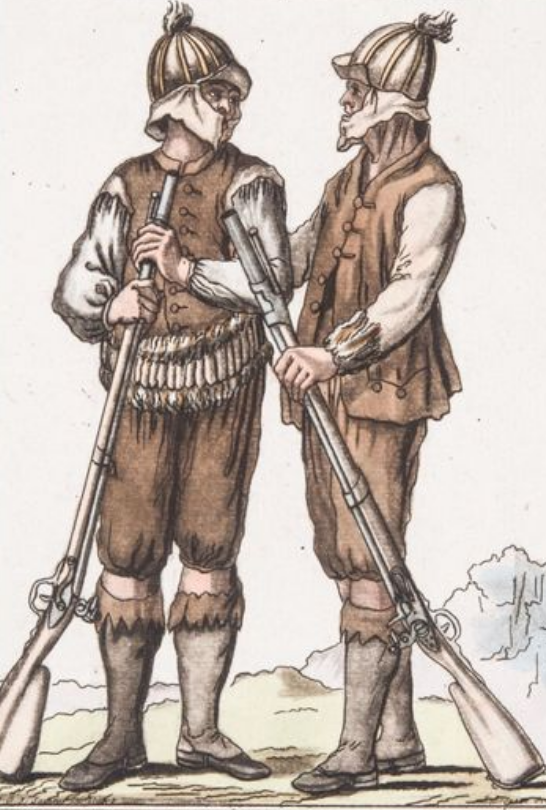 Peasants from Corsica in the early 19th century

Elie Papadacci refers to “the revolutionary-thieves Gallocchio and Pascal Gambini, who enlisted in the Greek forces“. It places their action in Greece only in the year 1826, a fact that has also not been verified. What is certain is that their presence is documented after 1824, as in 1823 Pascal Gambini appears to be the author and signatory of a revolutionary proclamation in Corsica. The proclamation is published by Valérie Sottocasa in a study.

From all the above sources, it appears that Gambini remained in Greece for a relatively short period, from 1824 or 1826 at the latest, until 1827.

In addition, the archives of Lord Gordon kept at the University of Aberdeen, comprise a letter from Gambini and other Philhellenes addressed to Gordon. The Philhellenes inform him that they were satisfying his wish and arrived in Ambelaki, a city in the Peloponnese, in the hope that they will be able to become useful to Colonel Fabvier, commander of the Greek Regular Army. The letter is dated March 12, 1827. One could therefore speculate that Gambini may have come to Greece at the urging and acquaintance of Lord Gordon. However, there is no further evidence to support this version.

In any case, the most reliable source about this Philhellene remains, as it is often the case, the biographer of the Philhellenes, Henri Fornèsy. According to his testimony, Gambini died after being first tortured by the Turks in Patissia, Athens, on May 6, 1827. Herni Fornèsy writes in his notes on Gambini exactly the following:

“The most worthy, given his bravery, to carry with honor the flag of the Philhellenes in Faliro, where he was taken prisoner. He served in the Company of the Philhellenes, which the Greek warriors called “Paschalis’ Company”. His death was the death of a hero, and here are the key details. After the Turks took him prisoner, further to the catastrophic defeat at the Three Towers or Cape Kollia, and after he had tried with fearless courage to defend himself alone against numerous enemy cavalry, they led him before Reshit Pasha to Athens, in his camp. Due to his tall stature, the Turks took him for Lord Cochrane, a mistake that could have saved his life. But the brave Corsican warrior refused to consent to such a scam. A martyr’s, but glorious, death was in his soul more preferable than maintaining his existence by redeeming it based on a lie. Among the many prisoners who fell to the Turks that same day, was the young leader, Dimitrios Kallergis. Pasha brought Gambini before him in order to verify his identity and real name. Since there was no longer any doubt, after Kallergis’ assurance, he decided to execute Gambini, whose head would go to find those of so many of his other comrades-in-arms. Gambini, until the last moment of his life, became the object of admiration and heroism, cursing the tyrannical Turks and encouraging the Greeks who suffered the same fate as him, to endure their death with courage, and with the certainty that their “brothers” comrades-in-arms, would not delay to avenge their enemies for their loss“.

Similar information about Gambini and his heroic death is also reported by Michelle Averoff in her article on the Philhellenes, as well as in Babis Anninos relevant study in “Historical Notes”.

Much information about Gambini Pasquale is also provided by Thomas Douglas Whitcombe, in his “Campaign of the Falieri and Piraeus in the Year 1827”. Whitcombe calls Gambini by his first name “Pasqual”, and states that this warrior had the good reputation that he was very courageous and that he had bravely defended the flag of the Philhellenes. He describes with eloquence his brave participation in the battle of Faliro, and in addition, he confirms the circumstances of his death. Douglas Whitcombe makes special mention of the Turks’ attempt to capture Gambini alive, as they had the impression that he was Lord Cochrane, as Fornèsy notes. He refers to the courage he showed before his conviction, to his struggle with the Turks whom he did not fear and faced fearlessly even at the last moment of his life, as well as to his last wish and effort to give courage to his captive comrades. What is striking is that the author clarifies that Gambini, despite the momentum of his action, had polite manners and was especially dear to his comrades-in-arms.

The defeat at Faliro, where 1,500 Greeks and Philhellene warriors were killed, was one of the greatest catastrophes in the history of the Greek war for Independence. This defeat was a result of the inability of the Regular Corps and the Philhellenes to cooperate with the other forces of irregular Greek fighters under a single command. In this battle, out of the 26 Philhellenes who fought, only 4 survived. In addition, the Greek literature identifies the number of prisoners at around 240 in total, while Douglas Whitcombe states that they amounted to around 300.

Gambini’s heroic death is finally also mentioned in Italian literature, as he was a Corsican. Specifically, he is referred in works dedicated to the Italian warriors who lost their lives fighting away from their homeland. One of them is the work of Atto Vannucci, of 1877, entitled “I martiri della libertà italiana dal 1794 al 1848” (volume 3). But also the book by Oreste Ferdinando Tencajoli, entitled “La Corsica: curiosità e notizie storiche, con numerose illustrazioni nel testo”.

The Gambini family was originally from Corte, Corsica. It seems it was a large family of distinguished soldiers, as in the French archives of the Legion of Honour, we find four well-known members: Gambini Jean Baptiste born in 1792, Gambini Dominique born in 1845, Gambini Epaminondas Dominique born in 1855, and Gambini Pierre François born in 1891.

The revolutionary – warrior Gambini Pasquale, fought in Greece on the side of the Greeks, and bravely sacrificed his life for the independence of Greece. Unfortunately, to this day few people know anything about this important and heroic Philhellene. SHP and the Greeks honour the contribution of this great hero.

Karl Rudolf Brommy: German admiral, Philhellene, one of the organizers of the...

Amadeus Emmanuel Hahn: Swiss officer, one of the most distinguished Philhellenes...
Scroll to top