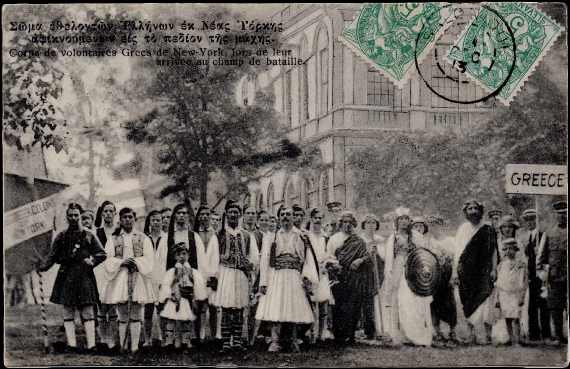 In 1912-1913 a group of Greek-Americans and American Philhellenes arrived in Thessaloniki from New York to support the liberation struggle of the Greeks. This postcard, which belongs to the collection of SHP and the Philhellenism Museum, depicts these volunteers in traditional Greek costumes.

The group formed a company which joined the Greek army and participated in military operations during the Balkan wars. This company used an American flag, which survives to this day. 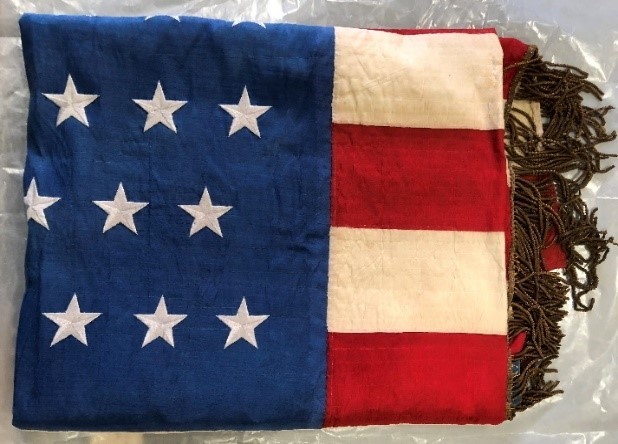 The flag of the Company of Greek-Americans and American Philhellenes who participated in the Balkan wars on the side of the Greeks.

The Philhellenism Museum presents, in cooperation with the American Embassy,...
Scroll to top