Giuseppe Chiappe comes from Albenga, in Sardinia. He studied law in Italy and France and practiced law in Livorno until 1820.

According to some sources, he was a member of the secret revolutionary organization of Carbonari in Italy. When their movement failed in 1819, in order to avoid persecution, Giuseppe Chiappe traveled with his wife Chiara and his young son to the Ionian Islands. From there he moved to Hydra in May 1820.

In Hydra, he undertook to teach Italian and French, and he was subsequently appointed as a trainer at the Naval School of the island.

When Hydra declared its participation in the Greek revolution in April 1821, Giuseppe Chiappe asked to join the naval operations. He was placed in the war ship “Agamemnon”, under the commandership of Anastasios Tsamados, where he assumed the duties of secretary and the responsibility of the ship’s logbook.

While in “Agamemnon”, he participated in many operations, which were recorded in the logbook of the ship which carries a significant historical value. Among them, he took part in the siege of the castle on 5 May 1821, in the gulf of Pagasitikos, as well as in other operations supporting the uprising of 24 villages in the region of Volos.

He also participated in the important naval battle of Eressos in the island of Lesvos, during which Papanikolis set fire to the Turkish flagship.

Finally, in June 1821, he took part in the expulsion of the Turks and the rescue of the Christian inhabitants of the city of Kydonion in Asia Minor, which had been burnt and looted by the Turks.

When the fleet returned to Hydra, Chiappe was appointed First Secretary of the Police and Secretary of Lazaros Kountouriotis.

In 1824 Giuseppe Chiappe undertook to publish in Hydra the newspaper The Friend of the Law; the longest-running newspaper during the Greek Revolution, which circulated until 1827.

The Friend of the Law was printed with the use of a press printing machine, donated to Greece, at the request of Korais, by the French philhellene and publisher, Firmin Didot.

The SHP has in its archive an autographed letter signed by Giuseppe Chiappe, sent to the House of Representatives. Hydra, 16 February 1824. 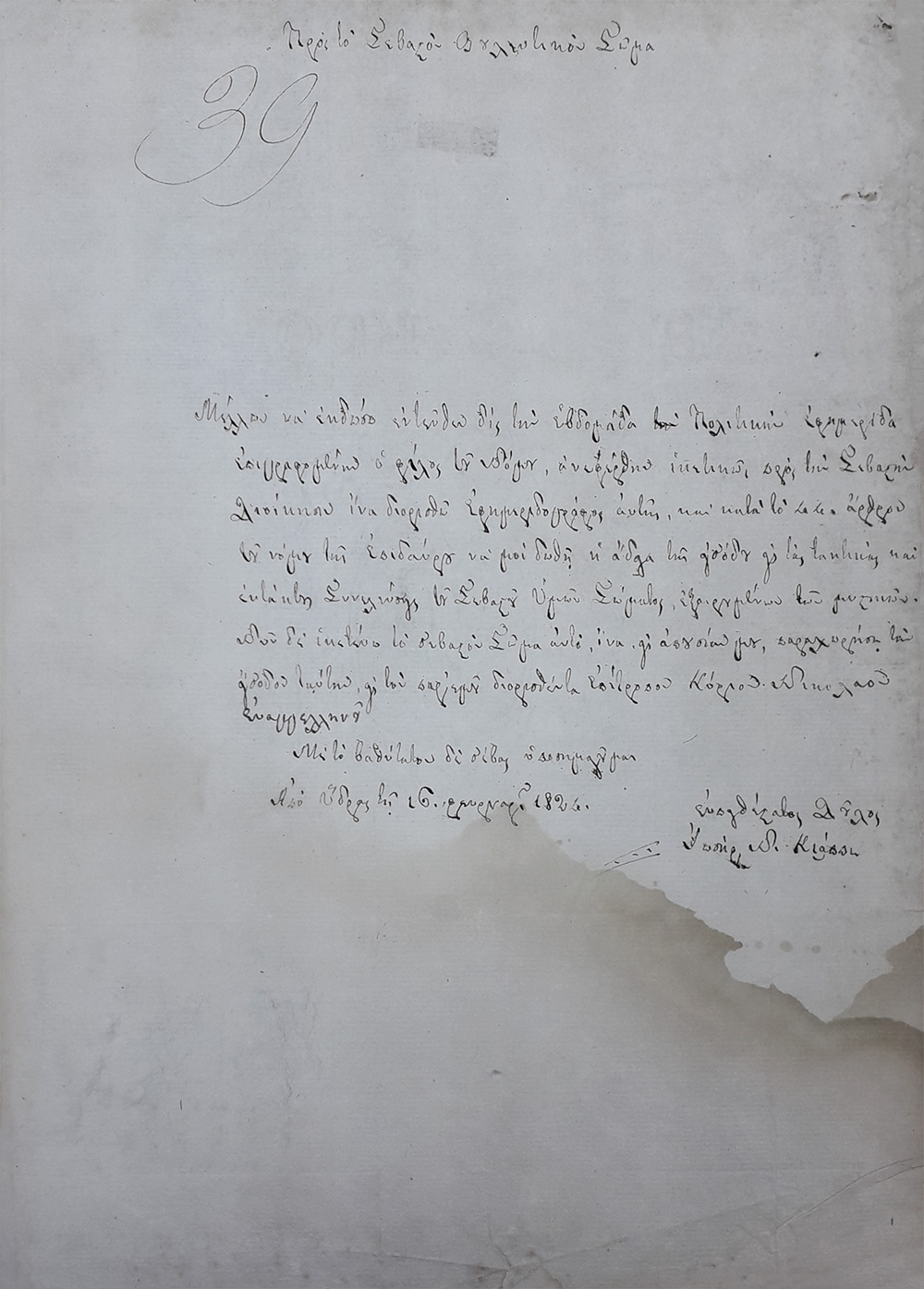 “… I intend to publish twice a week a political newspaper entitled “the Friend of the Law”. I contact your respected administration asking to be appointed journalist, and in line with article 44 of the Law of Epidaure, to obtain permission to follow the regular and extraordinary Assemblies of your respected Body, with the exception of the secret ones ….”. 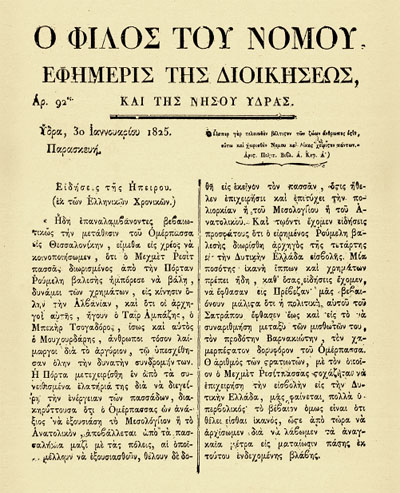 Copy of the Newspaper The Friend of the Law

Indeed, the newspaper The Friend of the Law became from 1824 to 1825, the official journal of the Provisional Revolutionary Government of the independent Greek territory.

In recognition of his work, the leaders of Hydra adopted a resolution granting to Giuseppe Chiappe the status of citizen of Hydra.

It is worth noting that the contribution to the Greek war of independence of Giuseppe’s wife, Chiara, was also remarkable. Chiara Chiappe collaborated with 31 prominent Greek women from all over Greece, under the guidance of the great Greek lady, Evanthia Kairi, sister of the important scholar and fighter during the Greek revolution, Theophilos Kairis, with the aim of drafting an important open letter, in July 1825, that was sent to the philhellene women in Europe and America. This letter was translated into French and Italian, printed in the printing installations of Giuseppe Chiappe, and dispatched to various cities in Europe and America.

In 1827 Giuseppe Chiappe stopped the publication of The Friend of the Law, and published a French-language newspaper, entitled Abeille Grecque (Greek Bee), which circulated in Greece and abroad until 1829.

When Governor Ioannis Kapodistrias came to Greece, Giuseppe Chiappe was appointed to the judiciary in 1830 as secretary of the Court of western Sporades and subsequently as judge at the Court of First Instance at Pylos. In 1835 he was placed in the Commercial Court of Syros and in 1841 in Patras.

Giuseppe Chiappe’s son, Petros, also pursued a career in the Greek justice, and was honored with the degree of Areopagite. The Chiappe family was linked to the family of the important philhellene German doctor Erik Treiber, when Petros Chiappe married Rosa Treiber, daughter of Erik.

Giuseppe Chiappe died on the 1st July 1848 in Athens. Greece honored him for his valuable services to the liberation of the country, with the “Medal of the Struggle” of the Greek Revolution militants and the Cross of the Redeemer.

Joseph Baleste: A great Philhellene in the Greek War of Independence

The SHP participates in Initiative 21
Scroll to top