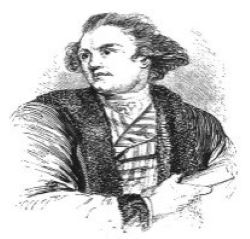 Kathleen Ann O’Donnell presents the links of the secular work of The Poems of Ossian by James Macpherson and its promotion by Thomas Moore’s ‘Imitation of Ossian’ and ‘Irish Melodies’ together with an adaptation of  the epic Fingal entitled ‘The Death of Calmar and Orla’ by Byron.

The presentation will take place by CESA TALKS on February 17, 2022 at 19.30 (EET) through the digital platform ZOOM:

These links come from networks of radical scholars who sought to unite the newly-freed Ottoman territory into a democratic federation, without Western monarchy, under the Democratic Eastern Federation to include Cyprus.  Its founder, the Kephalonian scholar and journalist Panayiotis Panas, inheritor of the dream of Rhigas Velistinlis, pro-martyr of the Greek Revolution, was the main translator of Cesarotti’s Italian version of this Celtic poetry written in English which presented a moral imperative to cement unity among different creeds to combat  the policy of ‘divide and rule’ by the British Empire.

Kathleen Ann O’Donnell is an independent scholar affiliated to the British School at Athens. Kathleen has spent a quarter of a century researching Ossian since she presented a paper at the James Macpherson Bicentenary Conference at Oxford in 1996.  Recent publications include: ‘The Influence of ‘Thomas Moore in the Nineteenth-Century Greek-Speaking World’ in The Reputations of Thomas Moore, edited by Sarah McCleave and Triona O’Hanlon (Routledge, 2020), and  ‘Translations of Ossian, Thomas Moore and the Gothic by 19th Century European Radical Intellectuals: The Democratic Eastern Federation’ in Lublin Studies in Modern Languages and Literature (Lublin 2019).