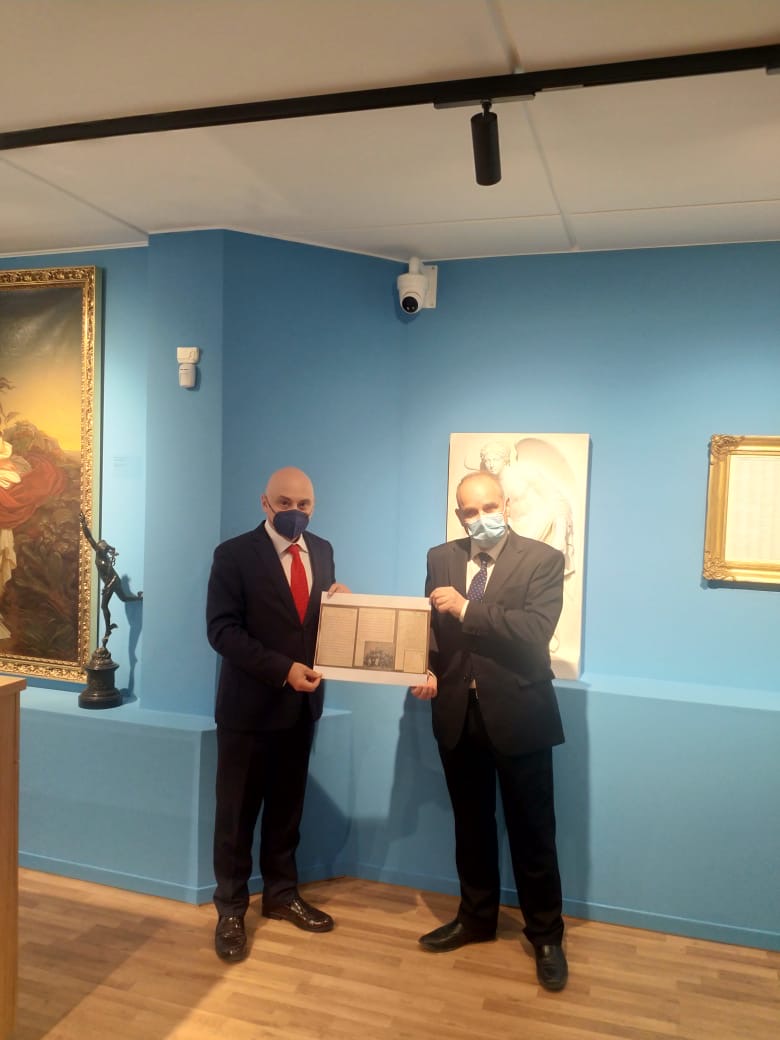 Mr. Velentzas presented to the Museum of Philhellenism a document of great historical importance that proves the bonds of friendship between Greece and Georgia. This is a touching letter sent to Greece in 1897 by Georgian students from the University of St. Petersburg. With this letter they express their philhellenic feelings and their support to the struggle of the Greeks.

SHP warmly thanked the ambassador for this document.

“Four thousand years of shared history and close cooperation between our countries and people, are a best attestation of philhellenic spirit of Georgian nation. On our planet there is no other nation closer to us than Greeks. I am so proud to represent my country in Greece”.

The ambassador also explained that the name used for Greek in Georgian is “ბერძენი” / brdzeni, which comes from the word “ბრძენი” / brdzeni and means “wise”, while Greece is called “საბერძნეთი” / Saberdzneti, meaning “the land of the wise”.

The two sides agreed to take joint actions to promote relations between the two peoples and to organize a joint exhibition.

Capodistrias’ worries in two letters to Eynard
Scroll to top