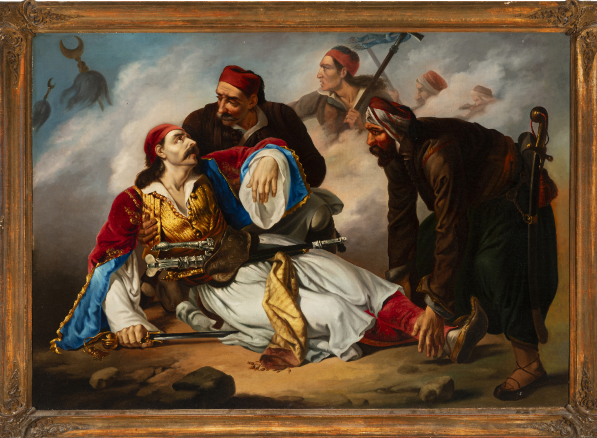 The work is an oil painting on canvas, of the first half of the 19th century, measuring approximately 115 cm x 145 cm.

Lipparini has created 6 variations of this emblematic subject.

This important work will be exhibited at the Museum of Philhellenism from March 20, 2022.

Markos Botsaris was the central heroic figure of the Greek War of Independence, who inspired the philhellenic movement and many generations of artists, painters, writers and intellectuals internationally, throughout the 19th century.

Learning to draw the Philhellene heroes of the Greek War of Independence of...
Scroll to top