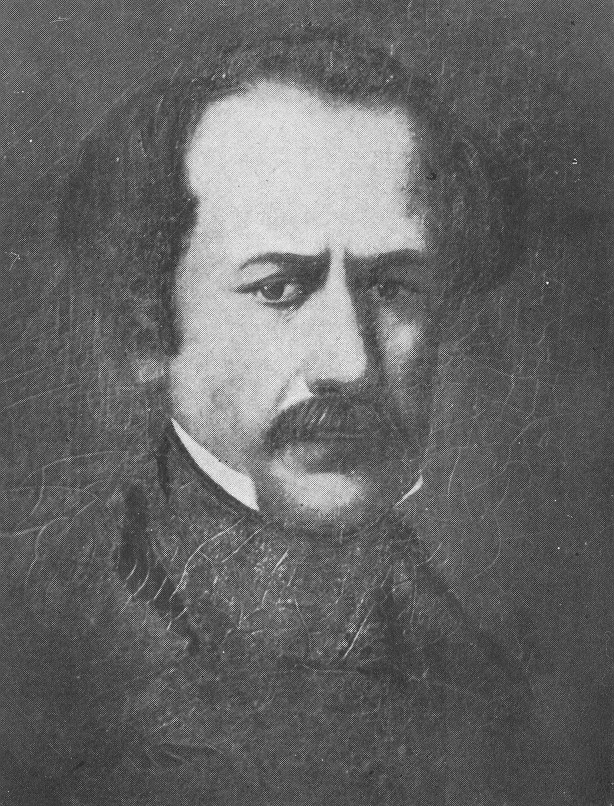 August Maximilian Myhrberg was one of the two philhellenes who were born in Finland. He was born in 1797 in Raahe, a town on the west coast of Finland. Official documents most often refer to him named as a Swede, but the legend of his life, especially in relation to philhellenism, was linked to Finnish national awakening, particularly during the latter part of the nineteenth century.

After attending the local primary school in Finland, Myhrberg was sent to Uppsala in Sweden, first to a boarding school, and thereafter, in June 1815, to enrol in the university. We are told that he cherished interest in history and that he was well-versed in ancient Greek mythology, thanks to his mother Christina. In 1820 he left behind his academic studies to complete a general military service in Sweden, in order to fulfil his wish of becoming a soldier.

He left Sweden in 1823 to start a career as a freedom fighter which lasted more than a decade. His dream of becoming a freedom fighter could have resonated from Myhrberg’s admiration of Napoleon and was perhaps triggered by the news about the revolutions in South America, Spain, Italy and Greece. The motives behind Myhrberg’s decision to join the Greek War of Independence, were a combination of idealism and youthful desire for adventure, although it is difficult to glean the real reasons from the later biographical narrative which was often prone to idealisation of the historical reasons for the sake of other, circumstantial ideas. However, it is possible to follow the path of the soldier Myhrberg and his route to Greece, via Spain and France, in the light of the archival material and to reconstruct his philhellenic career in Greece from 1825 to 1831 (although the historical record does not always concord with what is told in the heroicised ‘legend’ about the life of the freedom-fighter).

Myhrberg was recruited in Marseille to Colonel Charles Fabvier’s cavalry as a soldier and started his philhellenic career in Greece in 1825 in Colonel Regnault de St. Jean d’Angely’s cavalry. Over the following six years Myhrberg spent in Greece, he rose in rank, served as an aid-de-camp of Fabvier, Major-General Thomas Gordon, Colonel Karl Wilhelm von Heideck and ended up to hold a position of the Commandant of the Palamidi fortress in Nauplion for one and half years (1829-31).

He attended the following battles and campaigns:

– at Cape Colias (for which he left a preserved first-hand letter-account in the BSA Finlay-archives in Athens),

In addition, Myhrberg is told in the legend of his life to have been present in Missolonghi guarding Byron’s front door when the Lord died in April 1824, and at the Acropolis in Athens during its seize in 1826-27. These last two episodes are part of the legendary biography of Myhrberg. These bibliographical details are historically impossible, but historiographically significant. In 1829 Governor Capodistrias nominated Captain Myhrberg Commandant of the Palamidi fortress in Nauplion. 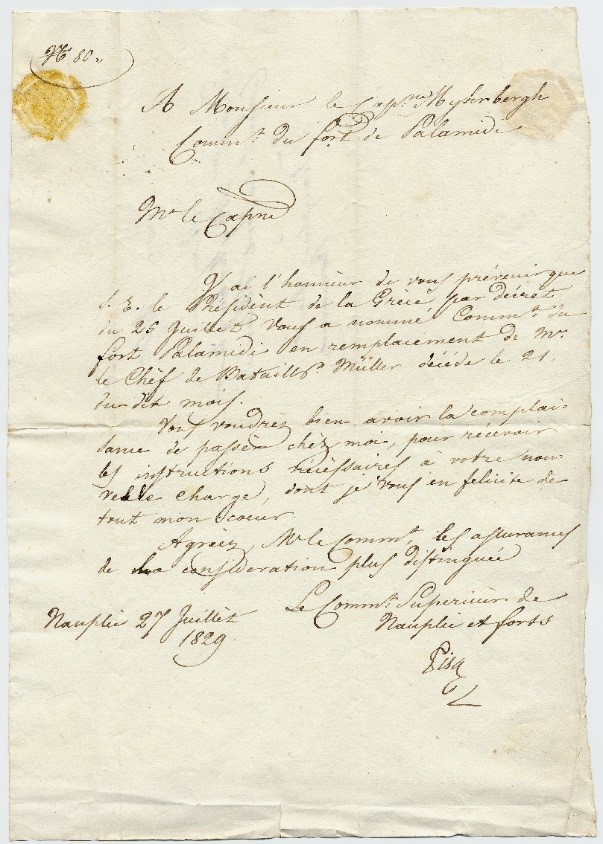 In 1831, Myhrberg left Greece and planned to volunteer as a freedom fighter in Poland’s uprising against Russia. Whether he took part in the Polish struggle is uncertain, although we have plenty of heroicising stories about his deeds in Poland and in France, where Myhrberg seems to have spent a fair deal of the 1830’s after his philhellenic career. In 1834 Myhrberg was decorated with the Greek Croix de Chevalier en argent de Ordre Royal du Saviour by King Othon (Historical Archives of the Ministry of Foreign Affairs, Athens 42.113 dated in Athens 15/27 March 1835). The King of Sweden nominated him Major, in 1842 and granted him the title of Knight of the Order of the Swords. From the summer of 1843 Myhrberg spent almost five years as the Secretary of the Council on the island of St. Barthélemy in the West Indies, an island which was a Swedish Colony and free port until 1878. Myhrberg died in Stockholm in 31 March 1867 and was granted an official Swedish state burial, with full military honours at the Johannes Church graveyard in central Stockholm.

A wealth of different types of primary sources provide us with knowledge about the Philhellene Myhrberg. Archival material with numerous letter correspondence, including many letters of recommendations by his superiors, are deposited in the archives in Sweden, Finland, Greece and France. They mostly give factual information on historical Myhrberg regardless of preserved material written by Myhrberg himself being scanty. He left four different testimonials about his life, but even within and between the testimonials there is conflicting and incompatible information, particularly as compared to the official Greek testimonial. This was probably provided shortly before he left the country in 1831 or sent to him later together with, for example, the decoration of the Order of the Redeemer and its certificates (Swedish National Archives, Stockholm: Maximilian Myhrberg). 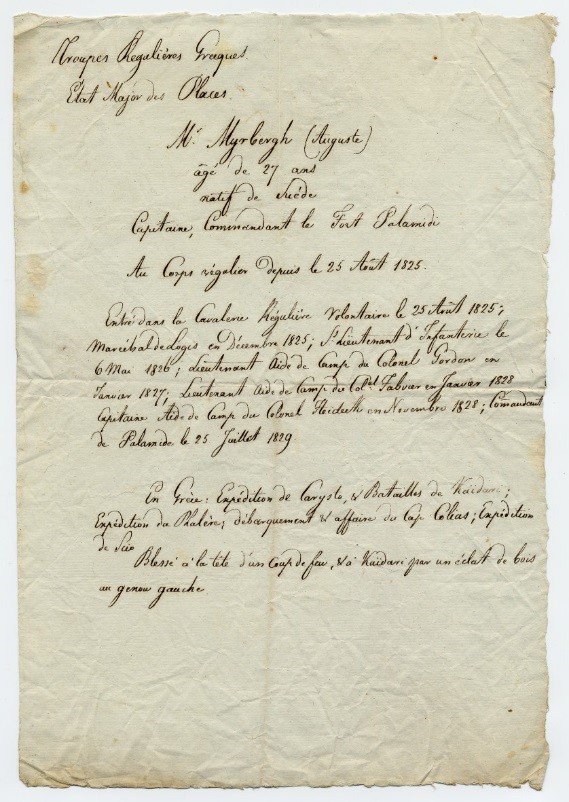 A great number of newspaper articles from the Finnish and Swedish press from the 1820s to the present day, recount mostly the endeavours of legendary Myhrberg. Most of them were written soon after his death and as such they contribute to the development of the narrative about him. There is a handful of relatively early first-hand accounts or memoirs of the Philhellene by those who knew him. By the latter part of the nineteenth century the first separate biographies about Myhrberg’s life were written in Finland and Sweden. In addition to these, there are adventure stories (particularly ‘for boys’), some epic poetry and even a recent fictional novel. 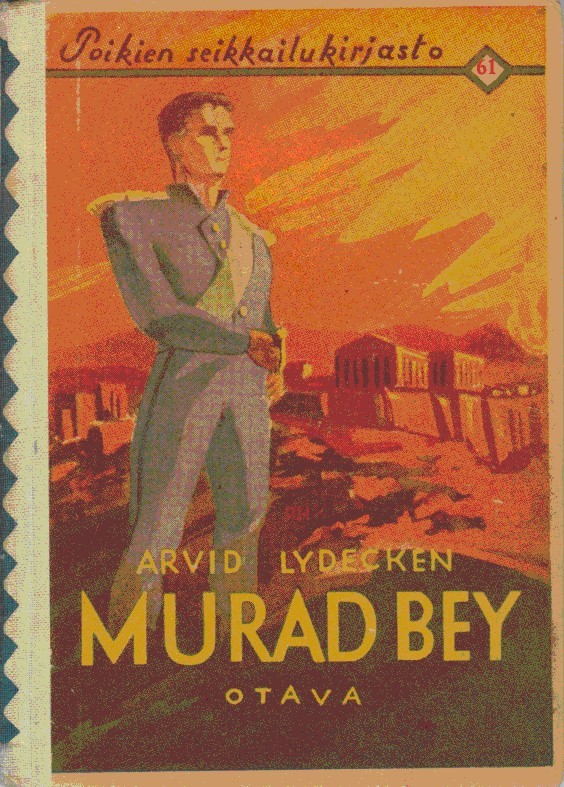 Among the authors of the different accounts about Myhrberg we have a gallery of the most prominent figureheads in the history of Finland. For example, the national philosopher J.V. Snellman, the poet Johan Ludwig Runeberg, the journalist and writer Zacharias Topelius (who wrote the well-known story ’A Boy from Raahe’), and the poet and cultural figurehead Fredrik Cygnaeus.

Myhrberg’s heroic reputation was developed through the less formal practices of social, cultural and political life, story-telling, gossip, news reporting, and circulation of literature about his adventures in newspapers. Heroicising biographies of Myhrberg appear in more codified form in his obituaries, in the state funeral he received and later in speeches given in his honour.

Finally, Myhrberg’s life, more or less legendarised and mythicised, was used continuously for public enlightenment where his activities and idealised persona were adopted as a model for a morally right, unselfish, and noble way of life particularly in the process of building a national myth. In this way legend of his life, especially in relation to philhellenism, was linked to Finnish national awakening particularly during the latter part of the nineteenth century. Myhrberg became, indeed, one of the most legendary figures in early modern Finnish history. 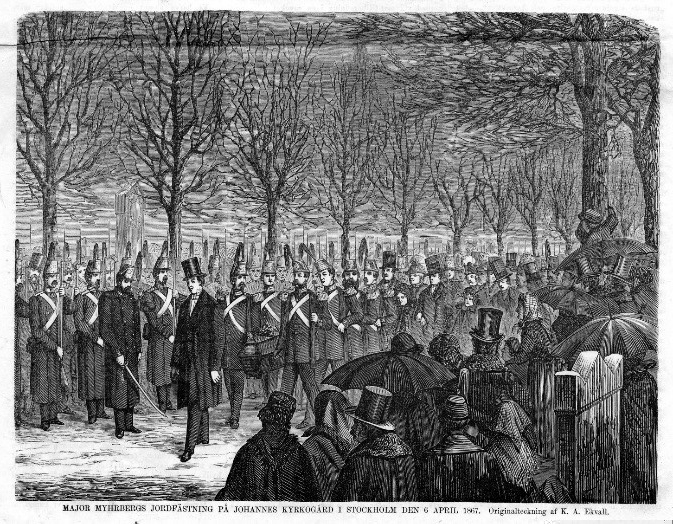 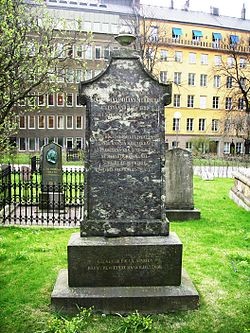 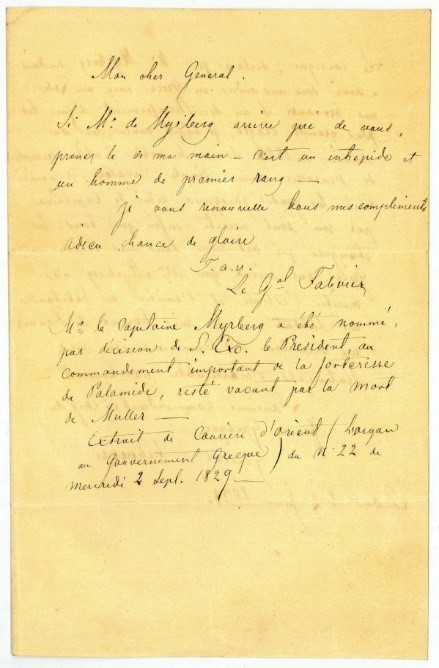 Handwritten letter of General Fabvier, attesting the work and contribution of the great Finnish philhellene August Maximilian Myhrberg (1797-1867), SHP Collection. Fabvier refers to him as a brave, selfless man who served in the Cavalry of the Regular Corps with the rank of Captain.

The SHP and the people of Greece, pay homage to this great Philhellene, who contributed significantly to the liberation of Greece, and to the universal ideals that Hellenism advocates.