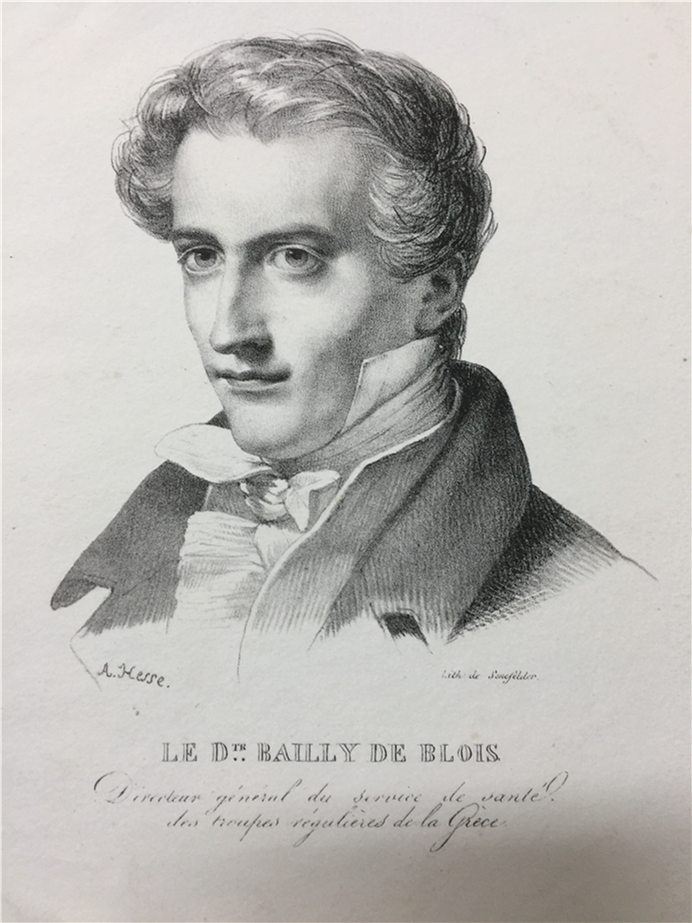 Étienne-Marin Bailly is an important French Philhellene medical doctor, who helped decisively with his work the Struggle of the Greeks.

He was born in Blois, France, in 1795, he studied medicine and served as the personal physician, friend and comrade of the French philosopher Saint-Simon. At the same time, he was the author of various studies of philosophical and medical content.

He arrived in Nafplio in September 1825 to assist with his medical knowledge the revolted Greeks. In particular, Bailly was sent from France, to “run the pharmaceutical sector and establish health services”, with the help of his nephew, also a doctor physician, Félix Blondeau. This plan was funded by the Duke of Orleans. Upon his arrival in Greece, he was frustrated by the primitive image of medicine in a country surrendered to epidemics. He immediately set up a general health care system, through a decision of the interim government, which decided with a decree to withhold 0.5% of all salaries to cover the expenses required to establish the necessary hospitals. Together with the German Chief Doctor, Erik Treiber, and the French physicians Dumont and Bernardi, Bailly initially organized a military surgery in Koulouri, Salamis, which offered valuable services to the armed forces.

In addition, pursuing paragraph (d) of Law (ΜΘ) on Hospitals of 5 October 1825, Bailly was assigned to draft the relevant decree. A little later, he submitted to the Executive Body the plan of a General Organisation for the establishment of Health care establishments. This plan, entitled General Ministry of Health in Greece, regulated the operation of hospitals and provided general provisions on public health. It stipulated that no person could pursue the profession of physician, surgeon or pharmacist without a relevant degree, which was granted by a special committee. In addition, it provided for the establishment of four health care establishments (in Nafplio, Athens, Messolonghi and Chania) and regulated their operating conditions. A special part of the decree was dedicated to the care of wounded soldiers, and required the appointment of a Chief Physician and a surgeon next to each military commander.

At the same time, with the use of money provided by the Philhellenic Committee in Paris, Bailly attempted to establish a central pharmacy. However, lack of resources and other difficulties prevented the materialisation of his ambitious plan. Eventually, only one hospital was organized in Nafplio, and Bailly settled in Athens to set up a new health care establishment there.

Bailly’s contribution was not limited to the organization of health services. With the assistance of his nephew, Félix Blondeau, he managed to cure more than 30,000 wounded and sick soldiers and people of various nationalities. Among them Greeks, Philhellenes, and French officers of General Maison’s expeditionary corps. In addition, Bailly tried to educate Greek physicians, he counteracted the practices of charlatans who exploited the population, and opposed to prejudices which prevailed and harmed public health.
During the governance of Kapodistrias, Bailly continued his activity as a member of the Nafplio Sanitary Committee, saving the city’s population from the plague. Thanks to his work, it is estimated that about a quarter of the total local population was saved from death, hence the designation “Bailly, the god” or “Hippocrates Bailly”.

Another aspect of Bailly’s philhellenic services relates to his work within the committee responsible for managing supplies arriving in Greece from European philhellenic committees at the beginning of 1827. This committee, established by order of the Government, consisted of Bailly, representing the Paris Philhellenic Committee, the Italian Pertini and the military, Bavarian national, Heideck. Bailly assigned part of the supplies to the threatened population, cultivating the idea that France would systematically help Greece. By his action and his policy, he supported the pro-Orléan plans of the French General Roche and the political party of Ioannis Kolettis. In this venture, he was quickly confronted with Heideck on how to manage supplies, in relation to his political role, as well as with Fabvier, whose organizational military actions were not always approved by Bailly. At the same time, Bailly was expressing openly his commitment to Ioannis Kolettis, leader of the French party. 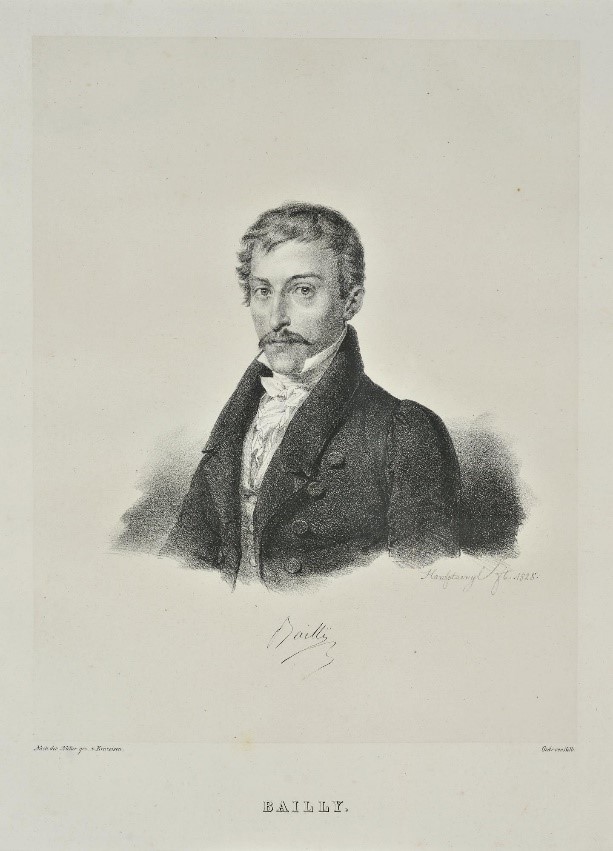 Bailly’s work was undoubtedly significant. According to his own report, thanks to his efforts, 6,000 soldiers received food, equipment and ammunition, while 500.000 francs were allocated for fortification works, and maintenance activities in favour of the Navy and Armed Forces.

For all his services, he was granted the Greek citizenship (5 May 1827) by a resolution of the Third National Assembly of Troezina, while the captains of Rumeli also thanked him in turn.

After the liberation of Greece, he left with his nephew in late 1829. He went first to Constantinople and then to France. He died in 1837. Shortly before he died, he was decorated by King Othon with the Medal of the Knight of the Golden Cross of the Order of the Redeemer.

The SHP participates in Initiative 21

SHP organises in 2021, a series of philhellenic classic music concerts
Scroll to top