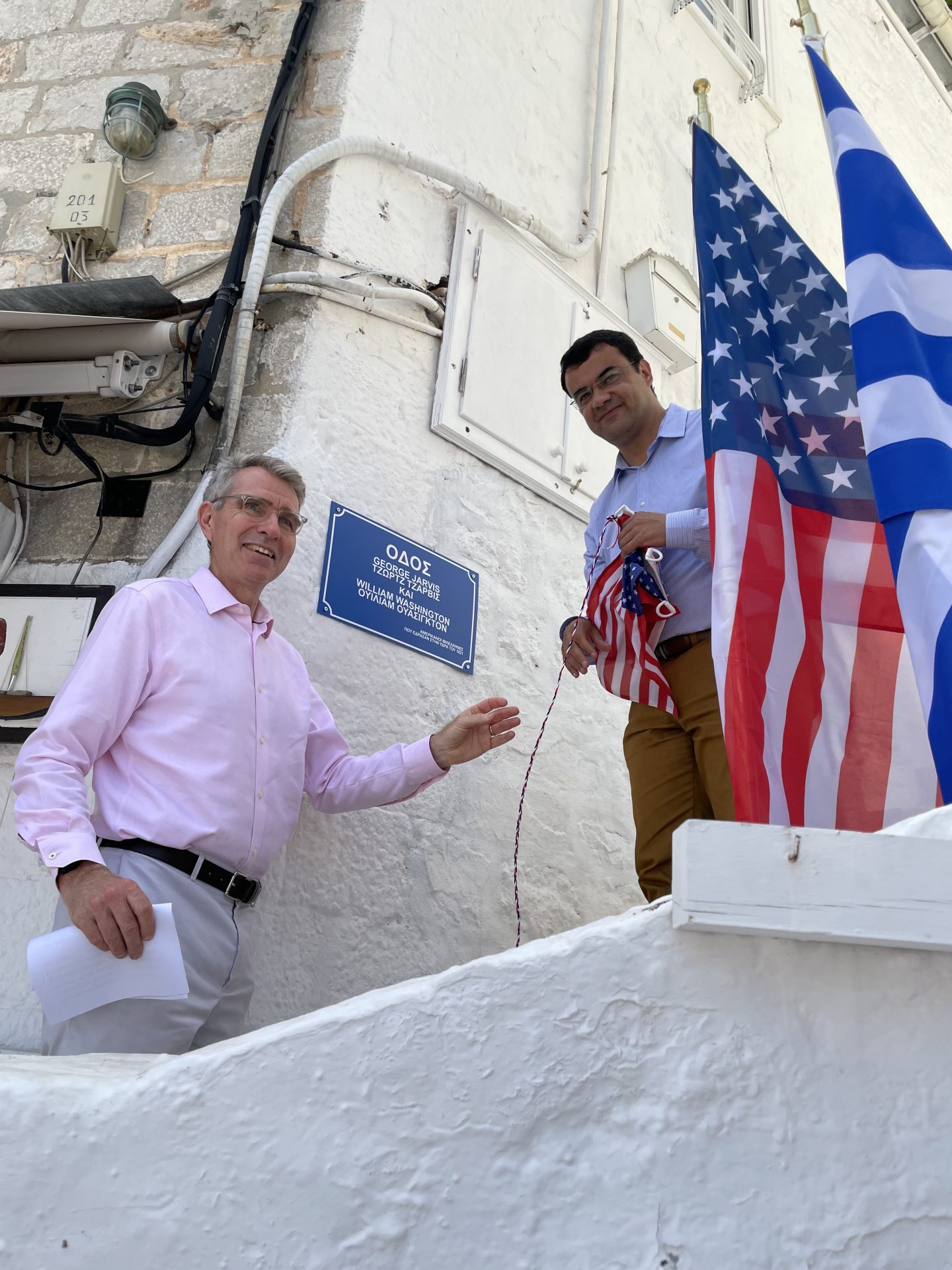 The Society for Hellenism and Philhellenism (SHP) participated in the ceremony and event organized on June 25, 2021 by the Municipality of Hydra in favor of two American Philhellenes, who had a strong presence in Hydra, and offered their lives in the struggle of the Greeks. William Washington and Georges Jarvis.

During the ceremony, the mayor Dr. G. Koukoudakis, the President of the Municipal Council Mrs. A. Mavromatis and the American Ambassador to Greece Mr. G. Pyatt, inaugurated a road sign of the island, which will now be named after the two American Philhellenes fighters who died in Greece during the liberation struggle of 1821.

The mayor Dr. G. Koukoudakis, implements a series of innovative actions of high quality and aesthetics, which promote internationally Philhellenism and the history and culture of Hydra and Greece, placing the historic island in the center of international interest. 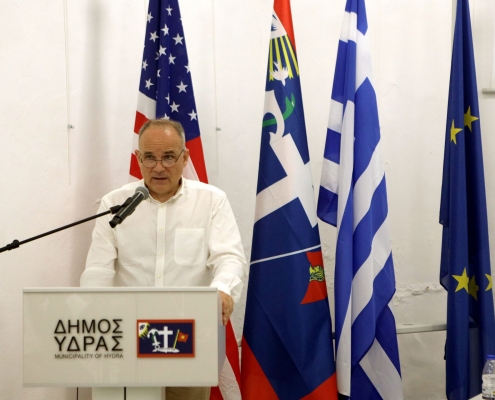 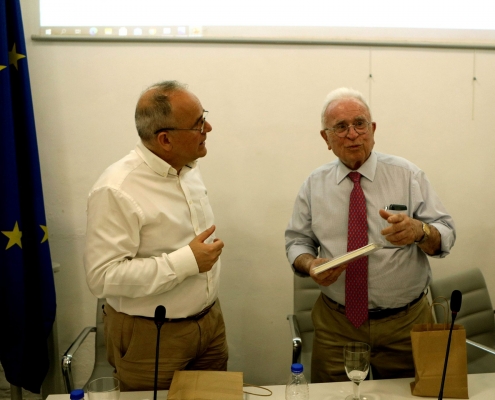 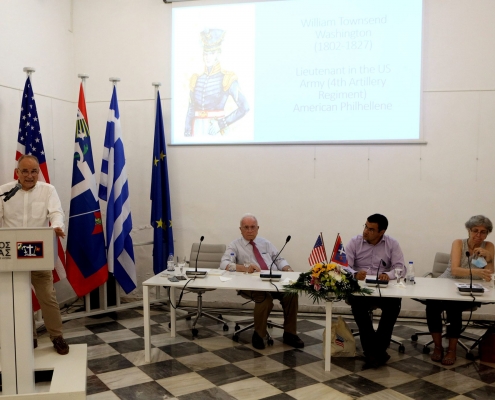 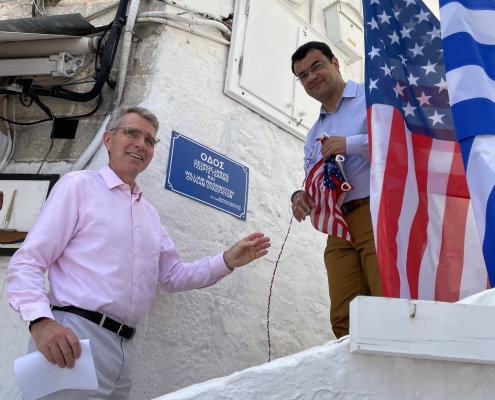 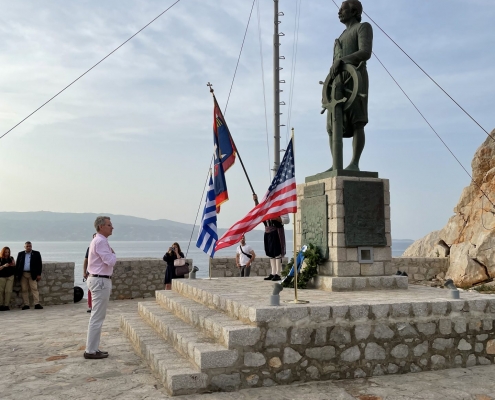 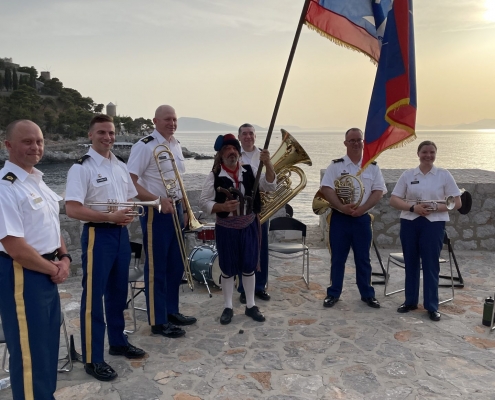 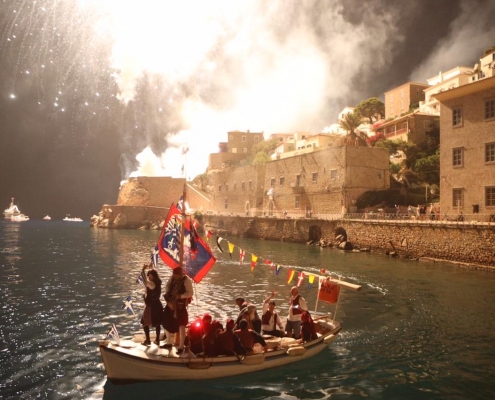 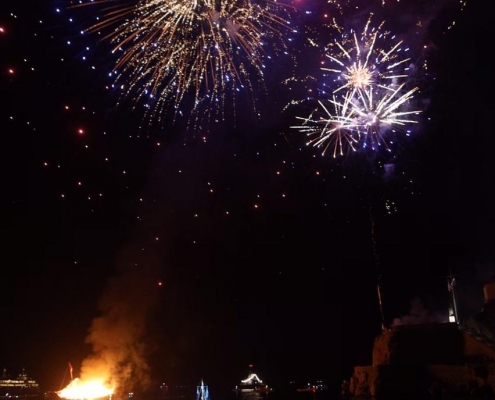 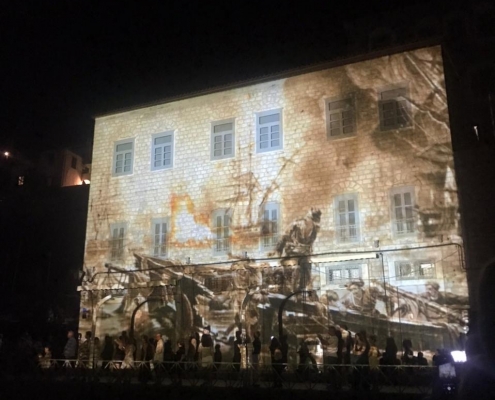 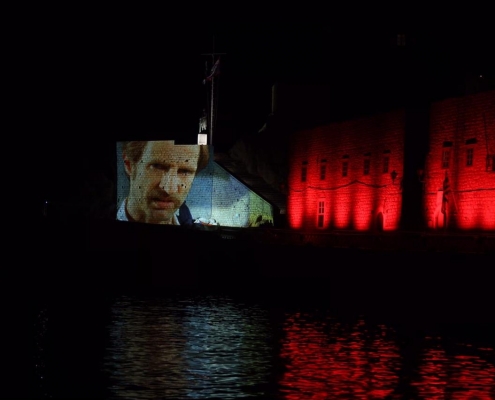 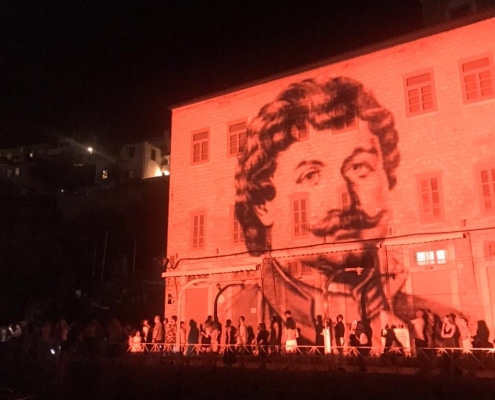 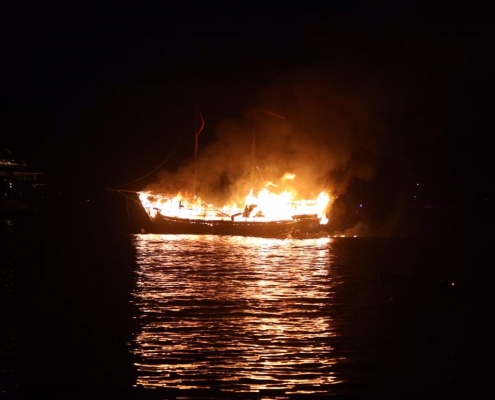 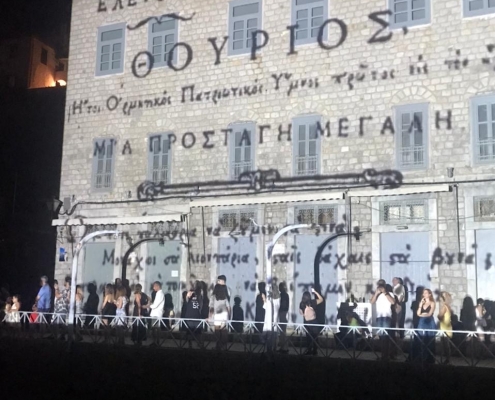 A delegation of the Academy of Athens visits the Philhellenism Museum